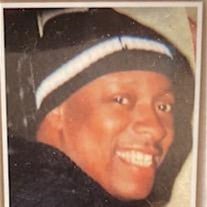 William White, Sr., son of the late James and Lorraine White, was born on June 13, 1960 in Baltimore, Maryland. William suddenly departed his life on Friday, September 10, 2021. William received his education in the Baltimore City public schools. He was employed for the State of Maryland for over 25 years from which he retired. He was also employed at the Port of Baltimore as a Lone Shoreman. William accepted Christ at an early age and joined David’s Memorial Baptist Church. To know William is to love William. His favorite saying was “I’m living the good life. William had strong love for working on cars. He would take a new car apart just to say he put the car together. William had a great love for his son William White, Jr. and his daughter-in-law, Bianca. He also loved his grandkids, family, and people period. William just loved having fun. He will truly be missed by many. William leaves to cherish his memories, one son, William White, Jr., two grandsons, Chayse and Lil William, one granddaughter, Zoey, one step-daughter, Darcell, two step-grandkids, Shakiya and King, two sisters, Pearl and Phyllis, two sisters preceded him in death, Zelda and Laureen, three brothers, Herbert (Ethel), Michael (Sabrina), Roy (Vern), five brothers preceded him in heath, Carlos, James, Arthur, Paul, and Ronald, five aunts, Christine, Lavina, Gertrudge, Nancy, and Aunt Ethel, two aunts preceded him death, Evelyn and Agnes, three uncles, Wally, Kevin, and Nathaniel, two uncles preceded him in death, Hezekiah and Morris. William lost the love of his life, Kathy Pressley, who preceded him in death in November, 2014. He had a host of nieces, nephews, cousins, and friends.

The family of William White Sr. created this Life Tributes page to make it easy to share your memories.