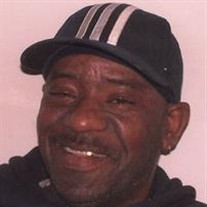 I, William Timothy Jones-Bey, better known as "Tee", was the oldest of seven children. I was born to Lawrence Harding and Alma L. Jones on April 27, 1954, in Lancaster County, Virginia. I was called to Glory on Monday, February 28, 2022 at Sinai Hospital, Baltimore, Maryland. I accepted Christ at an early age at New Shiloh Baptist ?Church. My brother Thomas and I were the main two siblings that didn't mind getting up early every Sunday morning when Daddy sounded the alarm for us to get ready to make our way to church - the others dreaded the thought of having to put our weekly allowances in the church offerings basket. But, we didn't mind - because we knew we could make some more money. I attended the Baltimore City Public Schools, then joined the United States Armed Forces shortly thereafter. My career really began as a Journeyman working with my stepfather at the International Longshoreman's Association, Local No. 333. But most of my professional years were spent as a Welder and Pipefitter at Bethlehem Steel in Sparrows Point until my retirement I married Elma Lewis on February 28, 1976. From that union two sons were born, William Jones, Jr. and David Jones. The love for family has always been one of the best parts of my life. In fact, my siblings used to call me "Mr. Mom", because I was usually willing to baby-sit the nieces and nephews- an they just loved Uncle Tee. In my spare time, I enjoyed cooking and baking. Man! for a while, I thought I was the King in making Homemade Rolls. During my Hay Days, people used to say, "Man ... you look good-I could smell you a block away, with those fancy colognes." "And I just smiled... and said thanks." But most of the time, I enjoyed kidding, joking, laughing- and telling big and small tales about life ... I just liked to keep thing going! For the most part, I tried to be a good man ... generous and supportive - touching people with my kind and giving spirit. Throughout life, I did my best to remain true to GOD'S commandment "to be my brother"s keeper" and "if you love me ... feed my sheep". Even after experiencing some hard knocks in life - I continued to share my testimony volunteering as a Grief and Addiction Counselor. And ... as life would have it, Satan wasn't done with me yet. But, through the challenges, peaks and valleys - GOD never gave up on me. When I called and reached out to Him, once again He granted me grace. God took my hand and led me home Now that my earthly journey is finished, and I am with my lord, I leave to cherish my memory: my mother, Alma; wife, Elma; two sons, William and David; granddaughter, Torrielle; seven grandsons, Aaron, Amari, Brian, Elijah, Daniel, Caleb and Jaylen; great- granddaughter, Teghan; two aunts, Bertha and Etta; three sisters, Bonita, Synethia (Richard) and Stephanie; Two brothers, Ronnie and Kevin (Angela): three sister-n-law, Gwendolyn (Jesse), Patricia (Kenny Sr.) and Tracey (Travis Sr.); two brothers-in-law, Ralph Jr. (Kathy) and Gordon (Donna); and a host of special nieces, nephews, cousins, relatives and friends. I was preceded in death by my father, Lawrence Harding and my stepfather, Gerald Palmer; three brothers, Gerald Jr., Larry and Thomas (Betty); two sisters, Pam and Carmen Palmer; mother and father-in-law, Ralph and Daisey Lewis; two brothers-in-law, Sean Christian Sr,., and John "Ricky" Lewis. In closing, I would like to thank some special Angels .... Cake, Nikkie, Basey, and Donte, "Couldn't have made it through these last miles without you!"

I, William Timothy Jones-Bey, better known as "Tee", was the oldest of seven children. I was born to Lawrence Harding and Alma L. Jones on April 27, 1954, in Lancaster County, Virginia. I was called to Glory on Monday, February 28, 2022 at... View Obituary & Service Information

The family of William Timothy Jones-Bey created this Life Tributes page to make it easy to share your memories.

I, William Timothy Jones-Bey, better known as &quot;Tee&quot;, was the...

Send flowers to the Jones-Bey family.