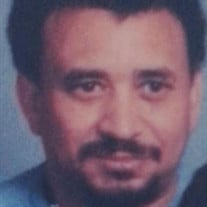 Legacy of Love Walker Lee Charity, departed this life Friday, October 8, 2021. He was born January 9, 1947, in Charles City, Virginia. He was educated in Charles City County and was a graduate of Ruthville High School, Class of 1968. Walker accepted Christ at a very young age, baptized at Gilfield Baptist Church. Every aspect of Walker’s life was grounded in his deep faith and service to God. A man of integrity. His leadership was guided by his values. He honorably served in the United States Navy aboard the USS Robert L. Wilson DDE-847. Moving to Richmond in the 70s, he later began a career at Philip Morris USA where he retired after 30 years of dedicated service. Walker had a profound love for the outdoors and being at one with nature. Fishing was his all-time favorite hobby. It didn’t matter too much whether the fish were biting or not, just being out on the water was him in his element. He is preceded in death by his daughter, Kierra Charity; mother Geraldine Charity Miles; step-father Bernard Miles, Sr.; foster parents, Margie Charity Crawley and Roosevelt “O’Bell” Crawley Sr.; and foster siblings, Roosevelt Crawley, Jr., Ralph Crawley, and Peggy Crawley. To carry on his legacy of faith and cherish his memory: wife, Doris Mayo Charity; children, Sherri Porter, Bryce Charity (Carrie) and Chantel Charity; granddaughter, Aryanna Charity; siblings, Claudia Paulette Charity, Clarence “Mousey” Miles, Jr., Wayne Miles, Sr. (Terri), Norma Miles, Kenneth Miles, Sr. (Eva) and Clarence Harris (Denise); brothers-in-law, John Mayo, Henry Deane (Chiquita) and Ronald Mayo (Teyonkwa); and a host of nieces, nephews, cousins and friends.

Legacy of Love Walker Lee Charity, departed this life Friday, October 8, 2021. He was born January 9, 1947, in Charles City, Virginia. He was educated in Charles City County and was a graduate of Ruthville High School, Class of 1968. Walker... View Obituary & Service Information

The family of Walker Lee Charity created this Life Tributes page to make it easy to share your memories.

Send flowers to the Charity family.