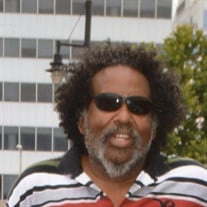 Thomas H. Smith, Jr. was born on December 22, 1961, in Richmond, Virginia to the late Thomas H. Smith, Sr., and Olliemae Cooper Smith, giving them a very special Christmas gift that year. He was preceded in death by his father Thomas H. Smith Sr., maternal grandparents Theodore J. Cooper Sr., and Elnora B. Woodson, and paternal grandparents James and Bertha Jones. Affectionately known as Tommy, during his younger years he was a very active child, always busy and into something. That charisma followed him throughout his life. Prior to graduation from high school, Tommy worked alongside his brother and father. He was a 1980 graduate of Lee Davis High School, and after graduating, he was employed at Farmer Machine, Winter Window and Doors, and Richfood Dairy. He accepted Christ as his Savior at an early age and was baptized at Brown Grove Baptist Church, Ashland Virginia. He later joined the New Bridge Baptist Church family. Tommy was a free spirit, a person who would give you the shirt off his back. There was no gray area with him; you either loved him or you grew to love him. Funny, kind, and loveable, he was a big teddy bear. Presence always felt, voice always heard, he was truly the life of the party. He found enjoyment in fast cars and the lifestyle associated with them. He loved his family deeply, especially his daughter, grandson, niece, and nephews. His niece and nephews loved to be in his presence; he was the fun uncle and always had a funny story or something crazy to tell them. He adored his New Bridge family. Reverend Martin held a special place in his heart, along with the New Bridge daycare children whom he loved dearly and often referred to them as his children. Leaving to cherish his beautiful memories are his mother, Olliemae Cooper Smith, daughter Lindsey R. Lindsay, grandson Ethan A. McElroy, sister Synator Smith Johnson (Freddie, Jr.), brother Grayland E. Smith (Pat), niece Briana G. Smith, nephews Pierce A. Johnson and Grayland E. Smith Jr., nieces and nephews by union Nikeya Holland (Troy), Freddie Johnson, III (Kelli), and Maurice Johnson (Amanda), aunts and uncles Martha King-Anderson, Melvin Cooper, Jean Jackson (Robert), Jonetta Williams, Adolph Jones (Annie), Oscar Jones (Helen), Vanessa Lee, Theodore Cooper, Jr.,(Maitland), and Sandra Jones, a numerous amount of beloved cousins, and devoted friends Edward W. Braxton better known as “Chuck”, Erwin Spurlock and Wallace Berkeley.

Thomas H. Smith, Jr. was born on December 22, 1961, in Richmond, Virginia to the late Thomas H. Smith, Sr., and Olliemae Cooper Smith, giving them a very special Christmas gift that year. He was preceded in death by his father Thomas H. Smith... View Obituary & Service Information

The family of Thomas Harry Smith, Jr. created this Life Tributes page to make it easy to share your memories.

Send flowers to the Smith, family.