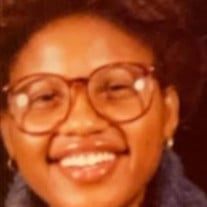 A TIME TO BE BORN… STAR JUANITA BRANCH was born on January 14, 1961, in Baltimore, Maryland to the late Raymond Branch and Juanita Hays Allen. Star was the youngest of four siblings. A brother, Leslie Allen preceded her in death. “To everything there is a season, a time for every purpose; a time to be born and a time to die…” - Ecclesiastes 3:1-2 A TIME TO PLANT…Star was baptized at an early age at Christian Life Church under the direction of Pastor Carroll and later was a member of Hardy Church under Rev. Hardy in Lansdowne. Throughout her life she was a devoted disciple of God. “Charm can be deceiving and beauty fades away, but a woman who honors the Lord deserves to be praised…” - Proverbs 31:30 A TIME TO LEARN AND LABOR…Star attended Baltimore City Public Schools graduating from Southern High School. Star served her country in the United States Army from 1991 until 1996. She received the National Defense Service Medal, Marksmanship Badge, Noncommissioned Officer’s Professional Development Ribbon, and the Overseas Service Ribbon. Star was a dental specialist during her time in the Army and continued working as a dental hygienist after separation from the Army. “She is energetic and strong, a hard worker.” - Proverbs 31:17 A TIME TO JOURNEY…Star loved spending time with her family. She enjoyed traveling and visited such places as Korea, Kansas, Texas and many other places in the United States. She enjoyed visiting casinos around the country. “Then you will go safely on your way, and you will not stumble.” - Proverbs 3:23 A TIME OF PEACE…On February 16, 2022 God called His loving daughter from labor to rest. The legacy of her season is left to: her brothers, Marvin Allen (Rowena), Michael Allen and Leroy Allen; her aunt, Dorothy Barmer and uncle, Wells Barmer; nieces, Marvina Allen, Marcia Allen, Tyra D. Watkins, Tyra Allen Freeman (Lewis), Michele Allen, Nakia Allen and Marissa Johnson; nephews, Marlon Allen (Icie), Troy Allen, Derrick Watkins and Corey Allen; a host of great-nieces and great-nephews, cousins and friends.

A TIME TO BE BORN&#8230; STAR JUANITA BRANCH was born on January 14, 1961, in Baltimore, Maryland to the late Raymond Branch and Juanita Hays Allen. Star was the youngest of four siblings. A brother, Leslie Allen preceded her in death. &#8220;To... View Obituary & Service Information

The family of Star Juanita Branch created this Life Tributes page to make it easy to share your memories.

A TIME TO BE BORN… STAR JUANITA BRANCH was born on January
14,...

Send flowers to the Branch family.