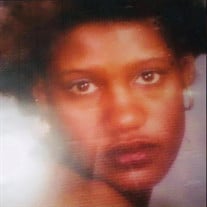 Legacy of Life To have touched so many lives, bear testament to the fact that his purpose was divine. A mother, a grandma, sister, aunt, cousin too; this is the legacy we have from you. Shirley Maxine Brown was born on January 7, 1964 to Jean Brown and the late Charles Brown in Long Island, New York. Shirley received her formal education at Central Islip in Long Island, New York. She later received her General Educational Development Certificate (GED) on June 5, 2018, in Richmond, Virginia at the Adult Education Center. For the last two years, she had been retired from Bon Secours Medical Center as a Customer Service Representative She was employed by Bon Secours as a customer service representative until she retired. She accepted Christ at an early age. Shirley was spiritual within and believed that God had her in all aspects of her life. She was a woman of faith and had no problem letting others know how much she loved the Lord. She was strong, determined, and loyal to all that knew her. Shirley was the caretaker of those in need. She was so loving and always ready to give that big smile when something made her happy. She was so smart, warm-hearted, courageous, brave, and a GREAT mom and grandmother. She was a mother to many children and provided them with a sense of having an everlasting family that bonded together. Our beloved was also fun-loving that had an enormous heart. She enjoyed the sport of fishing, shopping, and going to the casinos to have the pleasure of relaxing. So today we are sad because we will not see her in the physical life, but she will remain in our hearts. Do not weep, celebrate her life, because to be absent from the body is to be present with the Lord. On September 18, 2021, Shirley was called home to the pearly gates of heaven to be with the loved ones that have gone before her. Shirley was preceded in death by her brother Charles Brown, Jr. She leaves to cherish her memory, two daughters, Dasia Cooper and Shawn Polnitz; son, Travis Brown; two grandchildren, Talyia Brown and Jeremiah Corbin; mother, Jean Ann Brown; sisters, Regina Brown, Hazel Mayes (Kenneth), Margaret Lovette (Omar) and Kathy Brown, Keisha Cousin; brother, Mark Brown (Valencia), Ellis Jackson, Steven Brown, and Donnie; her extended children, Shalanda Scott, Larry Scott, Devon Scott, Sherri Short, Rashia Blackwell, Andre Chavis, and Anthony Chavis; a host of nieces, nephews, great-nieces and great-nephews; and other relatives and caring friends.

Legacy of Life To have touched so many lives, bear testament to the fact that his purpose was divine. A mother, a grandma, sister, aunt, cousin too; this is the legacy we have from you. Shirley Maxine Brown was born on January 7, 1964 to... View Obituary & Service Information

The family of Shirley Maxine Brown created this Life Tributes page to make it easy to share your memories.

To have touched so many lives, bear testament
to...