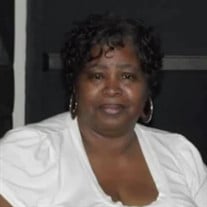 Who was Sharon Jones? The Daughter, the Book Scholar and the Sister SHARON R. JONES, daughter of the late Esther (Earline) Greene and William Jones, was born on January 2, 1953 in Baltimore, Maryland. She made her earthly transition on September... View Obituary & Service Information

The family of Sharon Rochelle Jones created this Life Tributes page to make it easy to share your memories.

Who was Sharon Jones?

The Daughter, the Book Scholar and the...