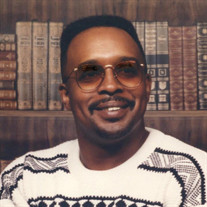 “The time of my departure is at hand, I have fought a good fight; I have finished my course. I have kept the faith.” II Timothy 4:6-7 Ronald Currin, better known as “Ron”, entered eternal rest on Saturday, April 10, 2021 surrounded by his loving family. Ron was born in East Orange, New Jersey on December 15, 1954 to the late Roger and Eva Currin. Ron attended school in East Orange until the family relocated to Charlotte County, Virginia. He attended Randolph-Henry High School and joined the military right after graduation. Ron loved working. During his career, he worked at Richfood and Lonestar Concrete. He retired from Lonestar and became an entrepreneur and started the Ron Currin Trucking Business. Additionally, he co-owned a tire business on Hull Street in Richmond, and he worked for the United States Postal Service until he retired. Ron had a love for antique cars. He enjoyed refurbishing them and showing them off at car shows. He also loved attending drag races. Ron loved spending time with his family and friends. He gathered family and friends together each summer at Ron’s Place in Sandston, Virginia. In addition to his parents, he was preceded in death by his son Ronald Currin, Jr., and his brother Jimmy Davis. He leaves to cherish his memory, his loving, devoted wife Dorenthia, daughter Alicia, son Eric, and two grandchildren Courtney and Corvonte; five brothers and one sister; Thomas (Starlene), Lester (Shirley), Eva Nell (Ray), Ross (Mattie), Barry (Stephanie), Rodney (L’Tanya); mother-in-law, Ezie Elam, two sisters-in-law, Cheryl Bacon (Mike) and Ronda Elam; and one brother in-law Vincent Elam (Barbara); a devoted friend, Ronnie Tabb (Cooney), two close friends Mack Peeples and Ron Smith (Bussie), and a host of cousins, nieces and nephews. Ron had an unlimited number of friends and he established friendships that span over a lifetime.

The family of Ronald Currin created this Life Tributes page to make it easy to share your memories.

“The time of my departure is at hand, I have fought a good fight;...

Send flowers to the Currin family.