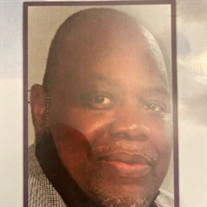 Roman Bernard Franklin, was the first offspring of a powerful union from John Victor Franklin (deceased) AND Virginia Lee Franklin (deceased). Franklin Warrior #1 was born on June 9, 1962 and abruptly and unexpectedly transitioned from this earthly plane on Sunday April 18, 2021. Roman was educated in the Baltimore City Public Schools System and graduated from his loving Alma Mater Northern Senior High School with honors. Roman was a superior athlete and was great at all predominant sports, but his main love was basketball. He played varsity basketball his junior and senior years at Northern High, where his abilities led to several scholarship from Pepperline University to Purdue. However, he accepted the scholarship offer with the University of Pittsburg at Bradford, where he studied electrical engineering. He left the University of Pittsburg at Bradford to pursue an opportunity at the University of Cincinnati as opposed to sitting out because of the transfer rule, he enlisted in the United States Army. Roman served an overseas tour in Korea and was later stationed in Fort Polk, Lousiana. While in Louisiana, he met and married Anita McGoy and from that union, a precious beautiful soul Sharla Mechele Franklin was born; he was also father to the lovable Terrell Robinson. After honorably leaving the U.S. Army, Roman returned to Baltimore to work for the Post Office and later the Fire Department as a fire fighter and a paramedic. During that time he met Donna Johnson and they had two beautiful children Roman Bernard Franklin Jr. and Ebony Nicole Franklin. Roman stayed on the grind; he held various other occupations to include MTA Bus Operator and Building Maintenance Equipment Repair and Preventive Maintenance Supervisor at MET Laboratory. While at Met Lab, he graduated top of his class from RETS Technical Training Center with his HVAC license; where he utilized his skills to work on specialized equipment. After being employed with Met Lab for 10 years he moved on to Johns Hopkins University in the transportation Department as a Bus Operator. Roman had many loves, first and foremost he loved GOD and was a faithful member of the Lord's church, lastly attending the Central Church of Christ congregation. Roman loved his children and his family and he loved having gatherings with family and friends. He loved being the life of the party; always cracking jokes and making people laugh. He was a spectacular source of energy for any social event. He loved to talk and was a great conversationalist he could speak adnauseam on almost any topic of interest, be it political, economic, business or religion. Roman loved to cook and you could not tell him he wasn't a master on the grill, naming himself "Grill Master Chef Romane". He loved and was skilled at playing spades, pinochle and chess. On February 25, 2021, he proposed and was engaged to marry the love of his life Diana Denise Burrell. He was so excited about planning his wedding and couldn't wait to start his new life with his new wife and her family. He made sure to call everyone to announce that he was getting married. Roman leaves to cherish his memories: two daughters, Shayla Franklin-Talley (Michael) and ebony Franklin; one son, Roman Franklin Jr.; Fiancee, Diana Burrell; two brothers, Mark (Kim) and Troy Franklin, Two Sisters, Stacy Curbean and Kelly Neal (Fred), One grandmother, Joy Elliott Artis; two aunts, Eloise Franklin and Pearline Miller (David); two uncles, Kevin LeMell Artis and Lang Elliott; Four nieces, Tiffany, Chikita, Destiny, and Mariah, one pup-niece Ginger five nephews, Bryan, Troy Jr. Xavier, Ajani (Brittany) and Cordell; four great nieces, Kennese, Chyne, Riley, and Kori; two great nephews, Braxton and Amani; two best friends Mookie and Moochie; and a host of other relatives and friends.

Roman Bernard Franklin, was the first offspring of a powerful union from John Victor Franklin (deceased) AND Virginia Lee Franklin (deceased). Franklin Warrior #1 was born on June 9, 1962 and abruptly and unexpectedly transitioned from this... View Obituary & Service Information

The family of Roman B. Franklin created this Life Tributes page to make it easy to share your memories.

Roman Bernard Franklin, was the first offspring of a powerful...

Send flowers to the Franklin family.