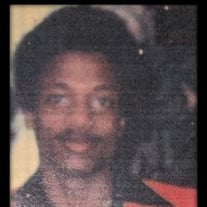 Robert Douglas Mason Sr. was born May 8, 1954 in Baltimore, Maryland and transitioned into eternal rest on June 11, 2021. Robert was the son of Rita C. Mason and the late Charles L. Mason Sr.; father of Robert Douglas Mason Jr.; brother of Elder Sandra E. Mason-Miller, Reverend Kevin A. Mason, Colleen W. Mason-Hopkins; the late Charles L. Mason Jr. and Ceryse F. Mason; brother-in-law of Pastor Johnnie B. Miller Sr.; Sammy L. Hopkins Sr., Vincent Wilkins, Patricia Mason and the late, Cynthia Simms-Mason; uncle of Vincent A. Wilkins, Charles L. Mason III (Salynthia), Minister Johnnie B. Miller Jr. (Aoctavia), Sammy L. Hopkins Jr. (Endrea’), Naomi L. Miller-Prince (Jeryn), and Rachel R. Miller; great uncle of Rachel, Jared, Joseph, Jaden, Jamari, Joshua, Kiersten, Kortni, Daniel, India, Samuel; god-brother of Linda Holmes; god-father of Syrinity Jackson and Hazel Jackson; first cousins Edward Mason Jr., Lula White, Geraldine Maddox, and Peggy Adams; and two deeply devoted friends and encouragers, Daona Vick and Nadine Williams-Holmes; and a catalogue of cousins and friends. Robert affectionately known as “Robbie” and “DJ Silver Bullet,” was a graduate of the Baltimore City Public School System and excelled in sports. Robbie enjoyed playing basketball, bowling and played varsity football in high school. He was a member of and baptized at Star of Bethlehem Baptist Church and Star of Bethlehem AME Church. Robert worked at Walter’s Art Gallery in the engineering department 12 years, in St Thomas, Virgin Islands for a 5-Star Hotel for 5 years, and at March’s Funeral Home subsequently. He excelled in carpentry and electronic skills and often repaired many things in the home. He enjoyed cooking for family and friends. He was a DJ in Baltimore City for many years, often playing for an array of special occasions and events. Robbie enjoyed music and dancing. As a child, Robbie often played pranks on his siblings and swore them to secrecy or his siblings would incur the “wrath of Robbie.” He was devoted to and protective of his mother and loved his family. Robbie knew a great deal of family history and had connections to many family members on both the maternal and paternal sides of the family. He had a great sense of humor and an outgoing personality. He was creative and did not allow others to define his path. He was a maverick and believed in living life to the fullest. Robbie had a way of connecting very effortlessly to others and enjoyed talking, laughing, and telling stories so well that one would feel instantly transported to the event about which he had spoken. Of all of Charles Sr.’s and Rita’s children, Robbie was the risk-taker and had an indomitable spirit, often leading us as children down a risky path with our parents. Robbie was a loving father who loved, was very proud of, and cared deeply about his son, Robert Jr. He loved and was very proud of his nephews and nieces and his god-daughters. He was proud of and cherished his brothers and sisters. He was very close to many of his cousins as well. He could be counted on to be present at many family events. Robbie had a serious side to his personality and was deeply reflective and introspective about those things that were most important in life such as family, friends, and having meaningful connections with others. He was very interested in researching the family history on both sides of his family. Robbie, you will be deeply missed, forever loved, and never forgotten. Robert leaves to cherish his legacy of love, light, and laughter, his mother, Rita C. Mason; son, Robert Douglas Mason Jr.; sisters, Elder Sandra E. Mason-Miller and Colleen W. Mason-Hopkins; brother, Reverend Kevin A. Mason, nephews and nieces Vincent A. Wilkins, Charles L. Mason III (Salynthia), Minister Johnnie B. Miller Jr. (Aoctavia), Sammy L. Hopkins Jr. (Endrea’), Naomi L. Miller-Prince (Jeryn), and Rachel R. Miller; great nieces and nephews, two deeply devoted friends and encouragers, Daona Vick and Nadine Williams-Holmes; god-sister Linda Holmes; god-daughters Syrinity Jackson and Hazel Jackson and a host of beloved family members, loving cousins, and devoted friends.

The family of Robert D. Mason Sr. created this Life Tributes page to make it easy to share your memories.

Send flowers to the Mason family.