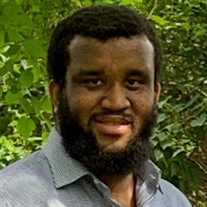 Robert E. Harley, III, 24, passed away on Friday, July 23, 2021. Robert cultivated a life-long love of learning. Robert received his early education in the Montgomery County Public Schools' French Immersion Program and scored one of the highest scores in the history of the state exam for French students. Robert was an exceptional violinist. He played from the age of five through 18 and was a member of the DC Youth Orchestra Program. Robert graduated from Albert Einstein High School's International Baccalaureate Program with high honors. He earned an Associate's Degree in General Science from Piedmont Community College in Charlotte, North Carolina. He was a junior at North Carolina State University in Raleigh, North Carolina. He exercised a deep and broad curiosity about every discipline, from history to political science to chess and physics. The result was an academically stellar young man with a rich, shining, and engaging intellect. He could speak with great depth and insight on just about any topic imaginable. Above all, Robert’s greatest passion was the weather. In his quest to understand storms, tornadoes, hurricanes, earthquakes, tsunami and other wondrous weather phenomena, Robert studied physics and atmospheric and geospatial sciences at North Carolina State University. Robert was selected for a highly competitive internship at the U.S. Naval Research Center in Monterey, California. At the time of his death, he was working on a research project with NASA. Robert loved to swim and could do a mean breaststroke. He enjoyed summer vacations with his younger siblings and competing in his family's biannual Amazing Race competition. He enjoyed a diverse selection of television, and his sense of humor and infectious laugh were unmatched. He has friends from every walk of life. He embraced people for who there were and derived great happiness in being part of a diverse world. He will be profoundly missed by so many. Robert is survived by his parents, his siblings, his paternal grandmother, and a host of other relatives and friends. For their kindness, support, and understanding during this difficult time, the family would like to thank many friends and colleagues. Donations may be offered to Martha’s Table: Education, Food, Opportunity at https://marthastable.org/ or P.O. Box 70970, Washington, DC 20024.

The family of Robert Edwin Harley III created this Life Tributes page to make it easy to share your memories.

Send flowers to the Harley family.