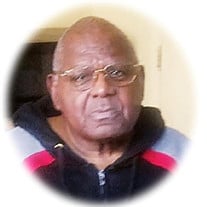 Raymond Gladden was born in Baltimore, Maryland on February 28, 1945, to the late Thomas McKinley Gladden (1914-1957) and Lillie Mae Jonson-Gladden (1915-1980). He departed this life after a sudden illness on June 18th, 2021. “Lump” as he was called was educated by the Baltimore City school system. Raymond married his sweetheart Gloria Reed and from this union, they produced 7 beautiful children: Raymond Gladden (1961), Rodney Gladden (1962-2015), Ricky Gladden (1963), Rona Gladden (1965), and triplets, Alla Gibson-Bey (1987), Aliya Gibson-Bey (1987) and Almira Gibson-Bey (1987). Raymond Gladden while incarcerated at the Maryland Penitentiary in 1967 accepted the religion of Islam as taught by the Honorable Elijah Muhammad the Leader of the Nation of Islam. The Great God Allah used Raymond as a vessel to bring the life-giving teaching of Islam to fellow prisoners. Raymond and his second wife, Elizabeth Gladden wrestled with the prison warden until Elijah Muhammad Bean Pies, Final Call Newspaper and Books were allowed to enter the prison. Raymond paved the way for future prisoners that they had a right to kosher and pork-free diets. Raymond struggled at first but hadn’t eaten pork since 1968. When Raymond left prison he opened a restaurant called “McKinley’s” which he named after his father, Thomas McKinley Gladden. The business was doing extremely good, he even hired his nieces and friends. Raymond always financially helped his family and friends. Being a good Muslim most times he expected nothing in return as many people can attest to. If you got arrested he would bail you out. If your husband lost his job he would pay your rent up for months and fill up your refrigerator. If you injured yourself he will come by your house every day and give you $100 and bring you food. Raymond was preceded in death by his parents, Thomas McKinley Gladden (1914-1957) and Lillie Mae Johnson-Gladden (1915-1980); siblings, James W. Gladden (1932-1953), Linwood McKinley Gladden (1938-1983), Gwendolyn Gladden-Pittman (1943-1996), Adell Gladden-Whalen (1953-1998), Gilda Gladden (1947-2009), Zack Gladden (1957-1995) and Tyrone Gladden (1954-2021); and son, Rodney Gladden (1962-2015). Raymond leaves to cherish his memory, his loving and best friend, Mary Brown. His 6 living children, Raymond, Ricky, Rona, Alla, Aliya, and Almira; his brother, Reginald Gladden; his sisters, Marlene Gladden-Lee, Barbara Jean Gladden-Fisher, and Hazella Gladden-White; countless grandchildren, cousins, nieces, and nephews.

The family of Raymond Gladden created this Life Tributes page to make it easy to share your memories.

Raymond Gladden was born in Baltimore, Maryland on February 28,...