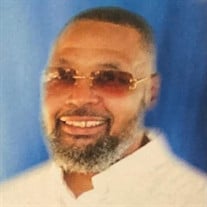 Raymond Gilbert Broadway, III, son of the late Raymond Gilbert Broadway Jr. and Ella Broadway, was born on May 24, 1972 in Baltimore, Maryland. He unexpectedly left us on January 12, 2022. Ray or Ray-Ray, as he was affectionately called, received his education in the Baltimore City Public School System. He attended Patterson High School and although he didn't graduate after hard work and determination, he obtained his GED. After some missteps he turned his life around and was able to obtain his CDL License, Barber License and was VERY proud when he became a Longshoreman. He had a big heart and whenever you needed something he was always there to give. Ray-Ray made numerous friends and will sincerely be missed. He was a respectable man,, who had style and grave, and a keen sense of fashion. He was devoted to helping the community that raised him, O'Donnell Heights. He was always involved in community events and activities. He believed in giving back and he wanted to put an end to all the senseless killing in this city. He really loved his city and all of its home teams; the Ravens and the Orioles. But nothing topped his favorite sport; basketball, he loved watching his NBA and NCAA games. He leaves to mourn; his mother, Ella Broadway (whom he adored); one daughter, Latifah Broadway (whom he doted on); two sons, Shaaid Hill and Genesis Broadway; two grandsons, Dameon Strong and Daamir Morgan ***a bonus granddaughter Kaniyah Moss aka Muffin; aunts, Ida Sheely and Gloria Sheely; three siblings, Prince Matheno Broadway, Yusef Bey and Elisha Bey; Micah Washington (Latifah & Shaahid's mom), Tina Murphy (Genesis mom ( Kaniyah's g-mom), his significant other Nikki Berry and a host of cousins, uncles, aunts and friends. We take solace in knowing that he will be joining his relatives that are no longer with us: grandparents Jack and Ida Sheely, Raymond Broady Sr. and Dorothy Johnson; aunts and uncles, Shermaine Sheely-Morris, Shirley Smith, Janice Broadway, Eloise Laws, Jack Sheely, Eddie Sheely and Willie Sheely, and mom-in-law Tina Russum.

The family of Raymond G. Broadway created this Life Tributes page to make it easy to share your memories.

Send flowers to the Broadway family.