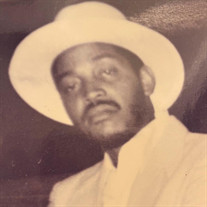 The Man. The Myth. The Legend. The story began in Elizabethtown, NC on August 11, 1949, when Edward and Loris Samuel welcomed Phillip Glenn Samuel into their bustling brood. He would be their third child and son and ultimately, Phillip would become an older brother to five younger brothers and one sister - eight boys and one girl. His early years in North Carolina were full of fun and mischief! He would rip and run and lived a good life down south doing much of what little boys did then, like catch frogs along the creek and tie little notes to all sorts of birds with then hopes that someone would find the notes and write back. He would often reminisce about growing up on the campus of Fayetteville State University where his father worked as well as spending time in Smithfield, NC with his grandmother and extended family. Later the Samuels moved north and settled in Baltimore, MD. With rambunctious rancor and such, Phillip and his brothers became city boys. Phillip graduated from Frederick Douglass High School. He thought highly of military service and on the first business day following his eighteenth birthday, he joined the United States Marine Corps and was deployed to Vietnam. Phillip became an experienced and well-decorated Marine and rose to the rank of Sergeant. Of the many unforgettable memories during wartime in Vietnam, Phillip would raedily recount being caught in two ambushes and capturing a prisoner of war. Among his many achievements an honors, he was most proud of being the recipient of the Presidential Unit Citation, the Naval Achievement Medal, and the Purple Heart. Serving in the Vietnam war forever changed Phillip. During his military service, he had the opportunity to travel the world and gained an appreciation for other cultures. He also developed lifelong hobbies like trap shooting and sky shooting. As a very young man, however, he gave himself to serve his country, and as with many young veterans facing was, he too, suffered from the trauma and weaponization he was exposed to during combat missions. After spending years in Vietnam, Phillip returned home and worked for many government agencies, including the Department of Social Services and the Social Security Administration. Eventually, in the heart of Northwest Baltimore, a few doors form his home on Park Heights Terrace, he met the woman who would change his life forever, Ellen Shirley Young. They were married on October 5, 1970 and for over a half century, they shared a truly unique bond. Without a doubt, God especially blessed Phillip with the sacred gift of Ellen. She loved and honored him throughout their marriage and cared for him devoutly. He would lavish her with beautiful gifts and enjoyed taking her on trips and outdoor excursions. Together, they raised a blended family with Kevin, Kindle, and Marc and stressed the importance of education and hard work. They were exceedingly proud and supportive of their children as they set out in the world and accomplished their goals. Phillip had many exceptional talents and gifts, and chief among them was the heroic sense of service. He was handy and creative; he could fix everything around the house, keep the car running and draw your portrait during casual conversation. He would always support the endeavors of family, and his family appreciated that they could count on him. Likewise, he was always there to help out strangers in need. He was the type of man to rescue families from burning buildings! On two separate occasions, as an ordinary citizen, he ran into burning buildings to save complete strangers, and each time he was successful. The City of Baltimore awarded his heroism and there was much fanfare over such feats. He just thought it was the right thing to do, he was the right man, in the right place at the right time. Knowing him, it goes without saying that Phillip, Glenn, or whatever you called him was like the air in the room. His presence was dominating and intense. Always dapper, he was an utterly distinctive character and effortlessly rallied a crowd. His worldly wisdom and knowledge bank was extensive; he seemed to know so much about everything. His sense of humor was perfectly limed ans direct, and at times, it might just "cut'cha." He truly lived his life and absolutely lived in his knowledge, acceptance and ever-growing relationship with God. He was a powerful influence on the lives of many. On June 12, 2021 after years of declining health, his spirit was finally released from his physical body and now lives on through us all. His devoted wife Ellen will always esteem and celebrate his life; she will miss him dearly. Even to this day, of all things, and with a smile, she proudly remarks that at the core he was a real life hero. His children and their families will forever cherish the life they lived with their father and grandfather "PopPop" and the legacy they will carry forward. His brothers Charles, Michael and Darren, and his only sister, Linda, will forever hold dear the life and love shared with their brother. His extended family of precious in-laws, nieces, nephews, cousins, and friends will cherish the memories, funny stories, and important lessons learned. Both of his parents, his brothers, Edward, Kenneth, Ronald, and Richard and his oldest son, Kevin, have gone on to glory to be with God.

The Man. The Myth. The Legend. The story began in Elizabethtown, NC on August 11, 1949, when Edward and Loris Samuel welcomed Phillip Glenn Samuel into their bustling brood. He would be their third child and son and ultimately, Phillip would... View Obituary & Service Information

The family of Philip G. Samuel created this Life Tributes page to make it easy to share your memories.

The Man. The Myth. The Legend. The story began in Elizabethtown,...

Send flowers to the Samuel family.