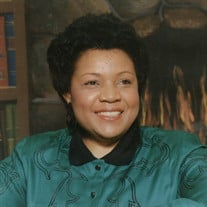 PATRICIA ANN PAIGE was born in Gloucester, Virginia on September 9, 1947 to the late William E. Paige, Sr. and Evelyn Paige. She departed this life on August 12, 2021. She was baptized at St. Paul Baptist Church in Gloucester, VA. As a teenager, Patricia (affectionately known as “Sissy”) was like a second mother to her three younger brothers, William, Jr. (Junie), Shelby, and Kevin, watching over them while their parents were operating businesses. Throughout her life she paid special attention to them. Patricia received her education in Baltimore City Public Schools. She graduated with a Bachelor’s Degree in Education from Coppin State College. She received a Master’s Degree in Education Specializing in Reading from Johns Hopkins University. Patricia was always a very happy and positive person. In 1970, she married Charles Foust, they settled in Dayton, Ohio, where she started her teaching career. After five years, they moved back to Baltimore and established themselves. Patricia began her teaching career in Baltimore at Alexander Hamilton Elementary School #145. Despite many happy years, their marriage came to an end. Patricia transferred to Rognel Heights Elementary School in the capacity of Reading Specialist. Throughout her career, she taught second and third grades. She had a passion for teaching and love for her students. She helped them prepare for a good school day by playing Donnie Hathaway’s song, her favorite, “Someday We’ll Be Free” every morning. During her career, she received several citations and awards including Teacher of the Year. After a career spanning forty years, Patricia retired and moved back into her family home to spend time with, and act as a caregiver for her aging parents. She made their final years happy and comfortable. She leaves to mourn: her brothers, Shelby M. Paige, Sr. (Pamela Paige) and Kevin Paige; sister-in-law, Paulette Paige (her brother William E. Paige, Jr. preceded her in death in 2019); nephew, Shelby M. Paige, Jr.; niece, Myela A. Paige; great nephew, Miles J. Paige; a lifelong family friend, Jimmy Crowder; and a host of other relatives and friends. Patricia’s parents preceded her in death: William E. Paige. Sr. in 2012; and Evelyn Paige in 2019.

PATRICIA ANN PAIGE was born in Gloucester, Virginia on September 9, 1947 to the late William E. Paige, Sr. and Evelyn Paige. She departed this life on August 12, 2021. She was baptized at St. Paul Baptist Church in Gloucester, VA. As a... View Obituary & Service Information

The family of Patricia Ann Paige created this Life Tributes page to make it easy to share your memories.

PATRICIA ANN PAIGE was born in Gloucester, Virginia on September...

Send flowers to the Paige family.