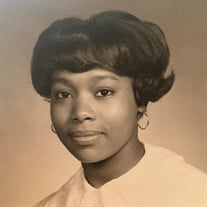 Patricia Elizabeth Lee also affectionately known as “ Pasha”, daughter of the late great Joseph Leroy Lee and Lillian Lujane Lee, was born on October 6, 1953. She was the youngest of three children, one of whom, Ronald Anthony Lee Sr. also affectionately known as “Big Ronnie”, preceded her in death. She departed this life on Saturday, May 29, 2021. Pasha grew up in Baltimore City, her favorite Job as a teenager was a gift wrapper at several department stores. Later in her teens she worked as a book keeper for her father at their family own business Lee-Dico Corporation. She graduated from Eastern high school and received her degree from Morgan State University in education. She briefly taught at Lockerman Bundy Elementary school and then returned to Lee -Dico until it closed. For many years she worked at Baltimore County Government Maryland Children’s Health Program as a case manager where she retired. Pasha began her religious training as a muslim at age 3. She was among the original members of the mosque at 514 Wilson Street, today known as Masjid Al-Haqq. She treasured fond memories of her meeting The Honorable Elijah Muhammad in Chicago as well as her meeting Malcolm X in New York as a child. She loved to listen to Minister Louis Farrakhan often and Darren Muhammad on the radio. She loved to learn and teach. Pasha was a woman who wore many hats and had several accomplishments, however her greatest title was that of Mom, Aunt and Grandma. She loved her nephews Robert, Ronnie , Kenard and Lenard as if they were her own. Her nephews gave her the preparation she needed to raise her sons Ansar and Tariq . As a single mother she made sure to instill the morals and values they needed to be honorable men and continue the Lee legacy. She loved spending time with her grandkids Amir, Isaiah, Zora and Nina. Pasha loved her family. She enjoyed making family games with prizes and having family meetings. Pasha leaves to cherish her memory forever: her two sons Ansar and Tariq; one brother Robert; one daughter in law Teresa; four grandkids; four nephews and a host of other relatives and friends.

Patricia Elizabeth Lee also affectionately known as &#8220; Pasha&#8221;, daughter of the late great Joseph Leroy Lee and Lillian Lujane Lee, was born on October 6, 1953. She was the youngest of three children, one of whom, Ronald Anthony Lee... View Obituary & Service Information

The family of Patricia Elizabeth Lee created this Life Tributes page to make it easy to share your memories.

Send flowers to the Lee family.