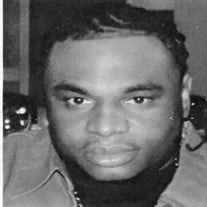 On January 5, 1972, Melvin Larnel Walker was born to his proud parents, Melvin Sylvester Walker, Father, and Joanne Isolyn Walker, Mother. Melvin was affectionately given the nick-name "WINKY" by his mother. His education was through the Baltimore City Public School System, where he attended the Alexander Hamilton Elementary School in 1979. Winky went on to attend Calverton Jr. High School. He loved going to school and excelled in all academic subjects, and discovered he had talent to Break Dance. It was during that time he, and few of his close friends from the neighborhood formed the Break-Dancing group call The 'Q' Crew. The group consisted of Melvin 'Winky' Walker, William 'Chubb' Bush, Sterling & Dan Brunson his cousin, Joseph 'JoJo' Mial, who had recently moved to Baltimore, and the late Rahmir Williams. The 'Q' Crew was featured at several neighborhood functions, but the group gained notoriety when they performed at the Baltimore War Memorial Plaza as the opening act for Ms. Patti Label on June 20, 1984. The family moved to 2547 West Fayette, his Grandparents lived in the 'pink House' across the street for many years, and his Sister, Melanie lived a couple of doors up from his Grandparents. That neighborhood wasn't just a spot on on the map, it was like a 'Village'! Everyone knew everyone, Kids played in the streets together, and when it was supper time, be it ever so humble, if you were hungry you could eat; and it didn't matter at whose house. Winky's friends were good group of young men. All with unique personalities, but they were tightly bonded, Rick, Purnell, Pickles, Jerry and Hasim were more than friends; Winkey loved them as his Brothers and they would play an integral part throughout Winkey's life. They would always be together on Holidays, Birthdays, any occasion, you would expect all of them to be there. And if one of them was missing, everyone would ask why. There would always be so much food! Winky could EAT! He was known for his Big Stature, but he had a big heart to match! He looked out for Family, and Friends, and he defended those who needed protection. The house was always full of laughter, food and music, the door was always open, and they were always welcome to just walk in. One big family!! Winky was a jokester! And he had a way with phrases that would brand you for life, and if something struck him funny, everyone would know it from the sound of his bigger-than-life laugh. He had the kind of laugh that would make you crack up...even if you didn't know what you were laughing at! Winky had his own unique style. He was an original 'Sneaker Head'. He not only had to have the latest style, but he had to have them in all colors. In 1990 Winky met Francella Brooks, and through their love, on April 13, 1991, their daughter, Brianna Lesha Walker was born. Time passed, and in 1995 Winky and Hasim Rahman embarked on a journey in hopes of fulfilling their dream of being in the Boxing Arena. They worked hard together, Winky as the Trainer, Hasim as the eir World Heavyweight Champion. In 2001, Hasim Rahman won the title of Heavyweight Champion of the World. Eveyone was so proud of Winky and Hasim. In 2002 , Winky's Brothers introduced him to Terresa Tillman, they fell deeply in love, and in 2003, Winky, Terresa and Winky's daughter, Brianna moved to Las Vegas. God blessed their love, and on December 7, 2004, Winky and Terresa became the proud parents of their son, Jolil Dwayne Walker. In 2005 Winky was working in the Camp of Floyd Mayweather. In 2010 Winky moved to Houston, Texas in search of a better productive environment. On April 26, 2021, God called Melvin 'Winky' to rest. He leaves to carry on the legacy of God, Love, and Family. His mother, Joanne Isolyn Walker, Life Partner, Terresa Tillman, Daughter, Brianna Iesha Walker, Son, Jolil Dwayne Walker, Grandson, Brodie Malan Cosby, Sisters, Melanie Patrice Walker, Juanita Joanne Liggett, and Tina Walker, Brother, Lemel Walker. Niece, Braziya Keisha Hill. Nephews , Donye Jarius Gross, Dante Demetriese Gross, Marhli' Liggett. Aunts Marilyn Fielder Whitley, Joyce Hargrove, Mattie Mial, Ella Mae Lipscomb. Uncle, Shawn Whitley, (Betty D'orazio) Nicholas D'orazio Michael M. Fielder. Cousin, Marlyn Alicea Johnson (Andre Johnson), Greggory Wright, George Lipscomb,LaVida Lipscomb, Monica Lipscomb,Vida Benjamin, Denise Mial, Darnell Mial, Joseph Mial, A host of second and third, cousins. Brothers from another Mother, Hasim. Rick, Purnell, Pickles and Jerry and The 5th Ward of Houston Texas. ,

On January 5, 1972, Melvin Larnel Walker was born to his proud parents, Melvin Sylvester Walker, Father, and Joanne Isolyn Walker, Mother. Melvin was affectionately given the nick-name "WINKY" by his mother. His education was through the Baltimore... View Obituary & Service Information

The family of Melvin Walker created this Life Tributes page to make it easy to share your memories.