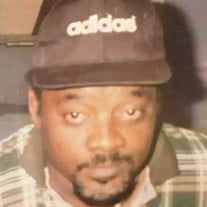 Maurice Edward Jackson, Sr., 69, passed away, peacefully at his home on Saturday, April 9, 2022. He was surrounded by his wife of fifty years, Virginia Rippy Jackson. Maurice, Sr. was born on August 1, 1952, in Richmond Virginia to the late Lynwood Jackson, Sr., and Harriett Jackson. He was the youngest child of four children born to this union. He gave his life to Christ at an early age and became a member of Bethlehem Baptist Church. He was educated in Richmond Public Schools and graduated in 1970 from the original Maggie Walker High School, home of the “Mighty Dragons”. After high school, Maurice Sr. reconnected with a high school friend, Virginia L. Rippy, and the two were married on May 13, 1972. He happily settled into life as a husband and soon became a father and family man. He was hired, by Philip Morris, USA around that same time and was employed there for over thirty-one years until his retirement. Whenever Maurice, Sr. had spare time he enjoyed being on the water fishing and relaxing. He also loved mixing sounds and music as a DJ for family gatherings and special events. Maurice, Sr. was extremely proud of the years he spent as a coach for the Glen Lea Little League Football Team, where he was able to coach young boys in playing the game of Football and serve as a positive male role model for the boys in the Glen Lea Community. Maurice, Sr. liked to think of himself as a handyman (kind of). He tackled and mastered many complicated special projects around the home. He was preceded in death by his parents, Lynwood Jackson, Sr. and Harriett Jackson, brother Philip Jackson, grandson, Jaelin Ashe; nephew, Eric U. Jackson, Jr., aunt, Doris Pentress, and faithful Cocker Spaniel, Buffy. Maurice, Sr. was a loving and devoted husband, father, grandfather, great-grandfather, brother, and friend. His life will be forever cherished by his wife, Virginia Rippy Jackson., daughters, Tonya Y. Jackson and Sharron D. Jackson., son, Maurice E. Jackson, Jr., seven grandchildren, two great-grandchildren., brother, Lynwood Jackson, Jr., (Felecia), sister, Janice Jackson, devoted sister in law, Phyllis Rippy Green., a long time close friend, William “Billy” Davis and a host of other relatives and friends. “Sleep on, Maurice, Sr. and take your rest, we will see you in the morning”

Maurice Edward Jackson, Sr., 69, passed away, peacefully at his home on Saturday, April 9, 2022. He was surrounded by his wife of fifty years, Virginia Rippy Jackson. Maurice, Sr. was born on August 1, 1952, in Richmond Virginia to the late... View Obituary & Service Information

The family of Maurice Edward Jackson Sr. created this Life Tributes page to make it easy to share your memories.

Maurice Edward Jackson, Sr., 69, passed away, peacefully at his...