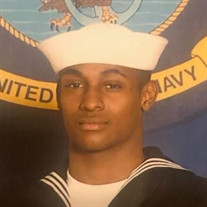 MATTHEW GRANT HAYES was born on July 23, 1984, in Alamogordo, New Mexico. As reported by Prince Georges Maryland Homicide Detectives, he was murdered on the evening of Wednesday, October 6th in Landover, Maryland. He was preceded in death by his maternal and paternal grandparents, LeRoy and Lucinda Hayes, Jr., LeRoy C. Burrell, Sr., uncle, Rev. Dr. LeRoy R. Hayes, III, and cousin, Min. Gary L. Hayes, Jr. He accepted the Lord Jesus Christ at an early age and was raised in a multigenerational family hailing from preachers, teachers, professionals, and players. As a youth, he spent summers at Camp Peniel, he traveled the east coast extensively developing a love for animals and adventures. He attended elementary school in San Antonio, Texas and Callaway Elementary School, Baltimore, Maryland, Garrison Middle School, Baltimore, Maryland, and in 2001 (after completing a summer school course) graduated from Fairmount Heights High School in Prince Georges County, Maryland. In 2002, at the height of the Persian Gulf, Afghanistan, and Iraq conflicts, he entered the Department of the Navy and was selected to serve in the United States Navy Ceremonial Guard, stationed at Joint Base Anacostia-Bolling (JBAB), Washington, DC. Seaman Hayes served honorably as a Marching Platoon member, receiving a high-profile recognition of outstanding representation from the Navy to the world participating in the President Ronald Wilson Reagan State Funeral. His precise execution of duties ensured the primary mission of representation was well done and honored for this memorable event. Matthew was daily tasked with service at the Arlington Cemetery and the Tomb of the Unknown Soldier for funerals and wreath-laying ceremonies throughout his time of service. On May 29, 2004, Matthew made history bearing the honorable recognition as a Ceremonial Guardsman and admirably carried the US Navy flag at the official opening ceremony of the coveted World War II Memorial in Washington, DC. He is photographed by the U.S. Park Police, Charles Pereira, Don Ripper/Latoff & Company/ABMC, and the Smithsonian Institute. Most notably he carried this responsibility before four living Presidents of the United States - Jimmy Carter, George Herbert Walker Bush, William S. Clinton, George H.W. Bush, and all dignitaries of the joint armed forces for the United States of America. On this day proudly waving flags, his maternal grandfather and great-uncle (whom both served in WWII), and father were proud to be in the audience on this auspicious occasion. Matthew was honorably discharged from the Navy in pursuit of becoming a prosperous entrepreneur. You name it, he tried to build on it, and some endeavors were not so favorable. His final occupation and business enterprise were as an Apprentice Locksmith with the Lamar-Locksmith Company and the slogan states, “the best for you, is a bless a for us.” He will always be remembered as a fierce entrepreneur, jokester/comic, spiritually, loving man, whose same characteristics can be equally sensed and observed in his natural-born children, Elijah, Jeremiah, Malachi, and Mia. He would help anybody in need, and enjoyed spending time with family, friends, and his children. He loved animals (mammals and reptiles), building engineering/construction, automobiles, computer/all technology platforms, an avid reader and conspiracy theorist, traveling/driving, and a food lover. At the time the Lord called Matthew home, it occurred on the same day his maternal grandmother made her transitioned, and his beautiful spirit will live forever in the hearts of those he left behind. He accomplished his life’s purpose and now has moved into the spirit realm to accomplish greater ancestral things. He leaves precious memories to his paternal grandmother, Ruby Burrell; parents, Ingrid and Deano; loving sisters, Christia, Paris (Renown) and Kiara; nephew, Mark; Jessina Andrades, mother of sons – Elijah Grant and Jeremiah Grant; and Pia Brooks, mother of Malachi Alexander and Mia Melani, and bonus daughter Rylee. His light will also be remembered by a multitude of beloved aunts, uncles, cherished cousins, and precious friends

MATTHEW GRANT HAYES was born on July 23, 1984, in Alamogordo, New Mexico. As reported by Prince Georges Maryland Homicide Detectives, he was murdered on the evening of Wednesday, October 6th in Landover, Maryland. He was preceded in death by... View Obituary & Service Information

The family of Matthew Grant Hayes created this Life Tributes page to make it easy to share your memories.