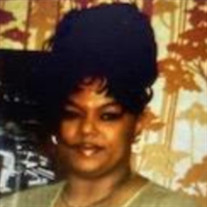 MARTINA RENA JOHNSON was born October 11, 1966, in Baltimore, Maryland to Emmett Johnson Jr. and the late Ella Louise Johnson. On September 13, 2021, she gained her heavenly wings and went home to be with Lord. Martina was the firs name, but she was also known as Rena to family and neighborhood friends, as a young child she attended “First Charity Baptist Church” under the leadership of the late Pastor Prince Arthur Kearney. It was there that she accepted Jesus Christ as her personal savior P.A.K. Ensemble Choir where she regularly attended Sunday school and weekly bible study. Martina “Rena” attended Baltimore City Public schools Leith Walk Elementary, Chinquapin Middle, Northern High. In 1984, she graduated from Northern her late sister Patrice. She was employed by Wallace H. Campbell Realty Mgmt from the mid 90’s until the early 2000’s Then in the early 2000’s she worked for Mid-Atlantic Realty as a property manager. Rena loved life, and she was always the life of the party. Whenever you would see her, she was always dressed to the nines and smelling of the latest perfume. She enjoyed cooking, dancing, and listening to music; and she was always prepared to tear up anyone’s dance floor at a party. She shared so many memories with her neighborhood friends on Evesham Avenue., and you would almost always see her in a red car because that was her favorite color. She enjoyed traveling, but her favorite destination was Jamaica! Rena’s greatest accomplishments were her children chanell & Joshua, and her grandchildren Tejohn, Clanna, & Kaleb. There was not a day that went by when she wouldn’t call or facetime them, especially to show what new meal she was cooking in her cooking in her kitchen. Whether you had the chance to meet her for a minute or a millennium she left your with a lasting impression. Rena was preceded in death by her beloved mother Ella her grandmothers Beatrice & Michael, grandfather Emmett Sr., and sister Patrice. She leaves to cherish her memory her father Emmett Jr. Joe (Uncle), Aunt (Canella); her sister Benzella (Timothy); her children Chanell, Joshua, and son-in-law tTaun; her grandchildren Tejohn, Cianna, & Kaleb; her nephew Blake; cousins Vincia, Christina (William), Amanda (Rodney Sr.); along with a host of other family and friends

MARTINA RENA JOHNSON was born October 11, 1966, in Baltimore, Maryland to Emmett Johnson Jr. and the late Ella Louise Johnson. On September 13, 2021, she gained her heavenly wings and went home to be with Lord. Martina was the firs name, but... View Obituary & Service Information

The family of Martina R. Johnson created this Life Tributes page to make it easy to share your memories.