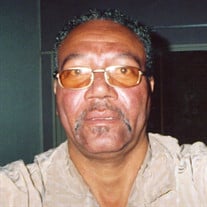 Leanderson Carwell Rich, born to the late Robert and Mazie Rich on August 26, 1949, was the youngest sibling of 19 children. Proceeding him in death was his youngest daughter, Lynette Rich, nine brothers, Robert, James, Oliver, Charles, Odell, Thornton, Melvin, Carroll and Franklin Rich, three sisters, Louise Carter, Pearl Conaway and Delma Turner. As a child, Lee attended Calvary Baptist Church and later introduced to CHRIST at True Deliverance Church of GOD. Lee, officially known as, "Dude", received his early education in Northumberland County and graduated from Brookvale High in Lancaster County, VA. Upon graduation, he was offered a one in a lifetime opportunity to play professional basketball, but, declined. He then relocated to Washington DC and later moved to Baltimore, MD, where he took some college courses. Lee had many cherished memories of his childhood and adulthood years, but, it was one childhood memory in particular and that is the time Lee was taken on an exclusive excursion to "Buckarow Beach," a special moment for him and his mom, all alone, which the other siblings are still talking about to this day. And not to snitch, but, their initials are G.G. and J. Lee was talented in art and music. He created paintings and drawings for the local schools. Lee also was the 2cd base guitarist in a band comprised of family members that played for local clubs and cabarets. Lee was good with his hands mastering anything he touched, learning carpentry and construction from his late dad and older brothers. Lee and his brothers Carroll ran their own business as private contractors and taught others their trade all over the surrounding areas. He also worked some thirty years for the Whiting Turner Construction Company and later the Maryland Septic where he stayed until the business was sold. Lee enjoyed getting together with family and friends, especially with his brothers, when you saw one, you saw the other. Lee always was looking good and dressed to impress, "Cool, Classy, Smooth Dude with a Smile," but please don't touch the hair! Another past time Lee was known for was his, "Big Sunday Family Dinners that EVERYONE loved and was invited to and boy could he BURN!! From his signature spare ribs nearly falling straight off the bone to those sweet tooth candy yams, not to ever forget those mouth watering greens, down to the golden potato salad and to top it off, he would proudly pull out his very own homemade wine! That's how Lee was. Mild tempered with a heart of pure gold. Lee touched the hearts of everyone he knew. Lee's health started to endure some challenges about three years ago, causing him to be hospitalized for short periods at a time on and off thereafter. Then here recently he had more complications that caused him to go back into the hospital where he stayed until his transition. Not once did he ever complain about his illness. His smiles overpowered his pain. On Tuesday, March 29, 2022, at 10:40 a.m., Lee received his wings and transitioned from earth to Glory, surrounded by his family. Lee leaves to cherish his memories, life companion; Connie Baker; daughter, Lynell Curry; grandsons, Jurell, Troy, Marquis and Martinez; two stepsons, Connie's goddaughter, Jennifer; surviving siblings, Raymond Rich of Kilmarnock, VA, Glendyn Rich of Los Angeles, CA, Francis Jones, Betty Williams, Jacqueline King, and Glendora Rich of Baltimore, MD. Six sisters-in-law, one brother-in-law and a host of nieces, nephews and friends.

The family of Leanderson Rich created this Life Tributes page to make it easy to share your memories.

Send flowers to the Rich family.