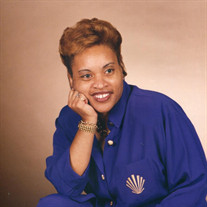 Legacy of Love Apostle Kathy Brown Cohen was born on May 16, 1955 in Jacksonville, Florida to the late Frank and Susie Mae (Walters) Brown. Apostle Kathy was the youngest of five siblings, the late Frank Brown Jr., the late Hanson Brown, Zebenia Brown, and Gloria Brown Russeau (James). She was blessed with a second set of parents that were her spiritual covering, the late Bishop Jacob Cohen, Prelate Emeritus Florida Eastern Ecclesiastical Jurisdiction, Church of God in Christ, and Josie Mae Cohen. Apostle Kathy was ordained an Elder in the Church of God In Christ by Bishop Cohen on August 11, 1978. She was consecrated Bishop in November 1996 by the College of Apostles and Bishops of Bibleway International Ministries in Chicago, Illinois and commissioned an Apostle and Presiding Prelate of Divine Providence Assemblies in 1998 by the Region of the College of Apostles and Bishops in Los Angeles, California. Apostle Kathy had numerous degrees including a Doctorate in Creation Therapy from Family Bible College & Seminary in Baltimore, MD. By profession she was a Marriage & Family Therapist and Pastoral Counselor before going into full time ministry. She was a Certified Pastoral Member of Sarasota Academy of Christian Counseling, and a Life Coach. In 1979 Apostle Kathy became a Commissioned Officer in the Navy Chaplain Corps. She served her country for over 16 years with dignity, honor and integrity. She reached the rank of Commander in both active and reserve duty. She was injured on duty and was medically retired in 2001. Upon retiring she served in full time ministry as a traveling pastor and prophet until she founded and pastored O.A.T.S. Christian Assembly in Belleville, New Jersey. She gained a family of spiritual sons and daughters in this ministry, Jay Hurt, Sharonda Hurt, Jerome Griffith, and Crystal Griffith. In July of 2006 Apostle Kathy moved to Richmond, Virginia. She was connected to various ministries and met and formed a strong bond with Mother Ruth Simpson. She met Apostle Althinia Hunt (affectionately named Sissy), the Pastor of Joshua Generation Church, in 2011. Apostle Hunt became ill and Apostle Kathy volunteered to take care of her and preached every Sunday for nine months until Apostle Hunt recovered. In 2014 Apostle Kathy received training at Tikvah Israel and became a Messianic Jew. In 2015 she officially became a member and the Spiritual Covering of Joshua Generation Church. At the close of 2012 Apostle Kathy was faced with health issues. Apostle Althinia Hunt, became her caregiver. Apostle Kathy did not allow her declining health to hinder her continued work in ministry. Her passion was to “see the church become the church rather than doing church” and “to see God’s people moving in the greater things promised.” There are two Scriptures that she lived by and shared with everyone she taught: Luke 12:48 (NKJV) “…For everyone to whom much is given, from him much will be required…” and James 4:17 (NKJV) “…Therefore, to him who knows to do good and does not do it, to him it is sin.” Apostle Kathy was an anointed, dynamic, and powerful “Ministry Gift” given to the Body of Christ. She was known for her uncanny accuracy and keen insights in speaking the Prophetic Word of God. She lived her life’s motto: “To Love the Unlovable, Touch the Untouchable, Teach the Unteachable, and Reach the Unreachable, building lives for the Kingdom.” Apostle Kathy did not have any biological children but she took three young people into her care that were near and dear to her heart, Tresa (Sunshine) Toomer, Roy Douglas Williams, and Cathy Clay. In addition to the aforementioned loved ones she also leaves to cherish her memory, six nieces, Spiritual Grandchildren: Latoya Branch, Darnell Hurt, Dannielle Hurt, David Hurt, Daniel Hurt, Jianna Hurt, Spiritual Great Grandchild, Aarynn Woodson, two sister friends, Janice Hall and Pastor Annette Georges and her beloved Joshua Generation Church family. A Message To My Family and Friends It’s time for me to leave. Please don’t shed wild tears and grieve Continue life bravely and with a smile I will only be leaving you for a little while So for my sake and in His name Live on and do all things the same. Don’t feed into loneliness or empty days But each waking hour in useful ways Reach out your hand and heart in relief and in cheer and He in turn will comfort and keep you near. And never, never be afraid to die. For I am waiting for you in the sky. Eternal Love Always Apostle Cohen

The family of Apostle Kathy Brown Cohen created this Life Tributes page to make it easy to share your memories.

Apostle Kathy Brown Cohen was born on May 16,...

Send flowers to the Cohen family.