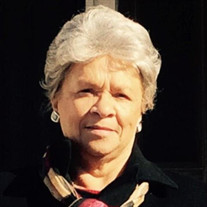 JUNE E. CARTER was the 4th of 12 children born of the late Rev. Charles E. and Mary L. Neal-Hunter. June was born on November 20, 1932 in Glen Arm, Maryland. June peacefully answered the celestial call and went home to live with God on Sunday, 12 December 2021. June was nurtured in the faith at the Mount Winans United Methodist Church where she along with her brothers and sisters were first taught to love God in the Sunday school of that church. June also served on the youth choir for many years. June graduated from Carver Vocational Technical High School in Baltimore, Maryland in June 1951 While at Carver Vocational Technical, June attended a 3-year beautician academy course. Upon completing the course, June took the Maryland State Beauty examination and was awarded her Maryland State Cosmetology license. This eventually led to June achieving one of her lifetime goals of purchasing the home of her dreams in 1967 which included a fully functional luxury designed beauty salon in the basement of her home. She was so proud of that achievement! June was married to the late John Carter, Sr and out of that union one child was born, Tony. June lived life to the fullest. Traveled the world. Some of her favorite parts of the world included France, Caribbean, Germany, Luxembourg, Spain and England. She enjoyed socializing, dancing and spending quality time with family and friends. And most importantly, she especially loved her fried catfish. June was preceded in death by her sisters: Ruth, Hazel, Carolyn, and Helen; her brothers: Edward, Nathanial, Russell, Joseph and Charles. June leaves to mourn her son, Tony Carter; step daughter, JoAnn Brunson (Richard); one sister, Mary D. Coleman; one brother, William Hunter; two grandchildren: Calvin and Marcus; three step grandchildren: Eric, Aaron, and Demetria; two great grandchildren: Jerimiah and Khloe; and a host of nieces, nephews, cousins, numerous extended family members and countless friends.

The family of June Elizabeth Carter created this Life Tributes page to make it easy to share your memories.