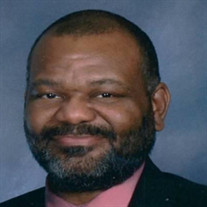 Jonathan Stanley was born to Theodore and Myrtle Stanley on October 16, 1959. He began his formal education in the Baltimore City Public Schools, then continued same at the Church of St. Ann School and joined the Catholic Church soon thereafter. He graduated from Loyola Blakefield High School and then matriculated at Morgan State University, his parents’ alma mater, where he joined Groove Phi Groove Social Fellowship, Inc. Nobody loved Morgan and Groove more than Jonathan. He earned the nicknames “Cherry” and “The Humble 1.” Jonathan’s first exposure to Groove was a step show he attended at Morgan when he was about 12 years old. His mind was blown by the harmony, the synchronized stepping and the brotherhood. His name is immortalized on the Groove Monument on Morgan’s Campus. When growing up, he loved music and sports. He played a lot of organized baseball on some really good teams. Jonathan cherished his role in youth baseball, especially as a pitcher. As an adult, he organized, managed and played on the Baltimore City Bombers Softball Team. Shortly after graduating from Morgan State University in 1982 with a degree in English, Jonathan started Enhancement Unlimited, his own tutoring company. Eventually, he earned a Ph.D. in religious counseling. Jonathan later became a manager at a local restaurant, sold timeshare properties, worked for Hyatt Regency, T. Rowe Price, the Social Security Administration and Walters Relocations, Inc. Jonathan enjoyed his time working for his friend and Groove Brother John Walters more than any other job he had ever held, because he experienced so much love, trust, responsibility and accountability. Jonathan was diagnosed with end-stage renal disease in March 2013, which unfortunately forced him to leave the employer and the career he loved so much. Soon after his diagnosis, he began a course of dialysis and eventually became an inspiration to many of the other patients. He showed up for his treatments every time regardless of the weather conditions, distractions or other factors. One of Jonathan’s strongest motivations was maintaining relationships that he had developed in his youth. He always seemed to know what was going on with childhood and high school friends, college classmates and Groove Phi Groove Brothers. Jon was very much the extrovert, like his dad, and loved being around people. He could strike up a conversation with absolutely anybody and find common ground and interests. Jon would often talk to a complete stranger and within a matter of minutes identify individuals and events with which both parties were familiar. Jonathan passed suddenly on November 1, 2021. Left to cherish his memories are his mother Myrtle Stanley, a special aunt Ruth Young, his brother Benjamin (Elaine), his fiancée Leslie Boyer, his niece Dawn, a host of cousins and other family members, his beloved Groove Brothers and many other friends. Jonathan was preceded in death by his father and sister Theodora.

Jonathan Stanley was born to Theodore and Myrtle Stanley on October 16, 1959. He began his formal education in the Baltimore City Public Schools, then continued same at the Church of St. Ann School and joined the Catholic Church soon thereafter.... View Obituary & Service Information

The family of Jonathan S. Stanley Ph.D created this Life Tributes page to make it easy to share your memories.

Jonathan Stanley was born to Theodore and Myrtle Stanley on October...

Send flowers to the Stanley family.