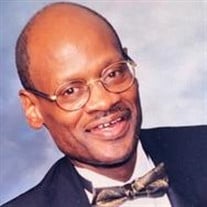 John Lee Ford Jr., affectionately known as “Johnny”, son of the late John Lee and Mary Agnus Ford, was born on August 1, 1952 at Baltimore City Hospital in Maryland. He peacefully ascended from life on March10,2021 after living a prosperous68years of life. Johnny was the third oldest of five siblings and the older twin. As a young boy, Johnny received his early education thru the Catholic schooling system. Later, he transferred to the Baltimore City school system for the remainder of his education. Johnny always prided himself on being clean and neat, so he pursued his passion by working for Omni Hotels and was a loyal employee for over 20 years until his illness overcame his ability to work. Johnny enjoyed spending time with his family,he never missed a holiday gathering or a special family occasion. He found joy in entertaining his nieces and nephews and because of his love for animals, he always volunteered to watch and spend time with the family dogs by taking them on car rides. He also enjoyed hanging out with his lifelong friend Crockett, whom he considered as a brother. Johnny also had a special bond with his brother-in-law Frankie,as they spent a lot of time together. What will be missed most of all is Johnny’s infamous sayings,“Please,no autographs”after he would get dressed up and him saying, “Oh Oh Oh Oh”multiple times when someone asked him a question. Preceding him in death are: one brother, James Ford Sr.;one nephew, Tyrone Sheppard; one niece, Renita Crockett; and several other family members and friends that are gone, but not forgotten! Although Johnny will be greatly missed by his family and friends, we thank God for the lives he was able to touch. As a loving brother, uncle, cousin and friend, Johnny leaves to treasure his memory: two sisters, Bernadette Crockett and Cecelia Sheppard; a baby brother, Bernard Ford; one brother in law, Franklin Crockett;one sister in law, Anita Ford;five nieces, Francene (Derek), Jessica (Charlie), Veronica aka “Peachie”, Denise and Lisa; two nephews, David and James Jr. (Nachelle); a number of great nieces and nephews; one great-great nephew; three great-great nieces and a host of other relatives and friends that cherished him dearly

John Lee Ford Jr., affectionately known as &#8220;Johnny&#8221;, son of the late John Lee and Mary Agnus Ford, was born on August 1, 1952 at Baltimore City Hospital in Maryland. He peacefully ascended from life on March10,2021 after living a... View Obituary & Service Information

The family of John L. Ford Jr. created this Life Tributes page to make it easy to share your memories.

Send flowers to the Ford family.