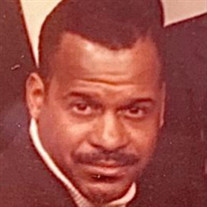 Jimmie L. Stowers was born in Royston, Georgia to Dellaree and Dozier Stowers on February 18th, 1939. Jimmie L. Stowers 82 passed away on March 1st, 2021 in his beloved home in Gwynn Oak, Maryland. His siblings were Silvene Jones, Mary Gill, Leonard Stowers, Joe-Neal Freeman, and Betty Jane Spencer. At only 12 years old he got baptized and dedicated his life to Jehovah God. From a young age Jimmie loved to make things. He went to school in Baltimore and graduated at the top of his class from Carver Vocational Technical High School where he began mastering his skills in carpentry. He went from building his own bikes to growing up, to build homes. Building was his passion. Working as a Master Carpenter and a Master Cabinet Maker with his own company for well over 55 years. In 1963 he enlisted in the Army serving as a Jumpmaster and Airborne Ranger. He married Shirley Mae Brown on March 20th, 1966 in Baltimore, Maryland. When Jimmie met Shirley through Shirley’s Aunt Margaret at a bowling alley it was love at first sight. Jimmie told his loving wife Shirley when they got married and bought their home “I want us to fill this house up with children”, and so they did. They gave birth to 10 children, with 6 surviving. After getting married Jimmie began another career as a teacher at his alma mater Carver High School where he retired. He was one of the most loving, caring, spiritual, and attentive fathers and grandfathers in the world. Jimmie took pride in his craft and his beautiful family. Soap Box Derby was one of Jimmie’s favorite sports to do with his children. He hand-built and designed all of their Soap Box Derby cars. Which led them to be National Champions. Tennis was also a sport he ensured all of his children played and were the best at! For over 30 years, he ran with his wife and family a specialty food service business at McDonogh private school where he catered to the sporting events at the school. There was nothing more important to him than his loving wife of 55 years, and large family. Jimmie LZ Stowers is preceded in death by Natural Causes and a host of medical illnesses including, Alzheimer’s Disease, Congestive Heart Failure, Kidney Failure, Cataracts, and Edema. Jimmie lived a long happy healthy life, filled with joy. Surrounded by people he loved, cherished, taught, and made a huge impression on. In his later years and until his last breath, he was with his wife, oldest son, James, daughter, Cathy and granddaughter, Jazzee Stowers that cared for him through his many health concerns. Jimmie will forever be remembered and loved. Jimmie Stowers is survived by Shirley Stowers, his beautiful wife of 55 years; his four sons, James (Spouse Ameka Bush), Michael (Spouse Tisa) Timothy, (Spouse Mollette) and Aaron (Spouse Megan); his two daughters, Sharon Dunham (Spouse John Dunham) and Cathy Stowers; his wonderful abundance of grandchildren, Jazzee, Isabella, Aaron Jerimiah, Sophia, and Isaiah Stowers, Selena and Mariah Eskridge, and Cameron and Angel Cooper; a host of beloved nieces and nephews, Thomas, Lynette, and Caroline Stowers, Monica and William Spencer, Reginald Freeman, Barbara Watson, and her children, Donna, Barutti, and Sean. Lenard Stowers, Jr., and his children, Megan Rose, Sarah, and Eric; and many more great and great great-nieces and nephews, brothers and sisters-in-law, cousins, extended family and friends.

The family of Jimmie L. Stowers created this Life Tributes page to make it easy to share your memories.

Jimmie L. Stowers was born in Royston, Georgia to Dellaree and...

Send flowers to the Stowers family.