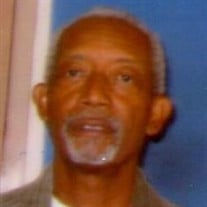 Legacy of Love Let the morning bring me word of your unfailing love, for I have put my trust in you. Show me the way I should go, for to you I entrust my life.” Psalm 143:8 (NIV) Jerome Maurice Martin, who was affectionately known as “Jerry” was born in New York City to the late Louise and James Martin on September 18, 1948. He and his brother, the late Leonard A. Martin “Butch/Phumpy”, were born of their union. Jerome loved his parents and cherished his grandparents, Cecilia and Daniel Lindsey, who later raised him and his brother and laid the foundation of love, family, and faith. In his youth, Jerome was very athletic. He was an excellent swimmer and fearless on the high diving board. He enjoyed horseback riding, canoeing, and hand-dancing. Jerome developed resilience and a hard work ethic at an early age. He often spoke of helping his grandparents in their restaurant, completing chores and serving food, as well as playing with cousins and friends. Jerome was educated in the District of Columbia school system and joined the United States Army. He heroically served for 18 months in combat zones during the Vietnam War. Jerome returned home after being honorably discharged to co-manage his grandparents’ locally renowned business, Lindsey’s Catering Service. Jerome later attended the University of the District of Columbia. He served over 20 years of experience as a professional commercial painter in the DMV area. Jerome loved martial arts and trained in Kung Fu for several years. He was a lover of music and had an extensive collection of jazz records. He studied his family history, long before it was popular, developing a strong sense of familial roots and pride. Jerome loved his three daughters and grandchildren, remaining close with them throughout his life. He has also diligently kept in contact with his New York family visiting them often in his younger years. Jerome moved to Roanoke, Virginia, in his later years and eventually settled in Richmond, Virginia, after having his first stroke. The legacy of love, family, and faith motivated Jerome to face each day with a grateful heart despite his health challenges. For the last fourteen years, his determination and presence exemplified courage amidst adversity. In recent years, Jerome enjoyed attending a local Senior Day Program, reading with his grandchildren, and painting, a therapeutic and joyful reminder of his early career. Jerome leaves to cherish his memory: daughters, Deborah Martin, Syreeta Martin Gunn (Daniel) and stepdaughter, Dolleene Robinson; 13 grandchildren, 8 great-grandchildren; sister-in-law, Myra Martin; 3 nephews, Eric Martin, Andre Martin, and Tony Martin; a host of loving cousins; a devoted caregiver, Vivian Anisi, and many caring friends. We will truly miss his smile, hearty laughter, and the warm and loving welcome he would always extend!

Legacy of Love Let the morning bring me word of your unfailing love, for I have put my trust in you. Show me the way I should go, for to you I entrust my life.&#8221; Psalm 143:8 (NIV) Jerome Maurice Martin, who was affectionately known... View Obituary & Service Information

The family of Jerome Maurice Martin created this Life Tributes page to make it easy to share your memories.

Let the morning bring me word of your unfailing...