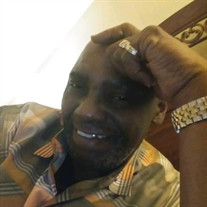 JAMES LEON JACKSON, son of the late James Jackson and Earline Rouse–Hinton was born on October 13, 1950 in Ayden, North Carolina. After a brief illness, he quietly departed this life on March 10, 2021. “Mod,” as he was affectionately known, was briefly educated in the Public School System in Ayden, North Carolina. James later moved to Baltimore, Maryland and finished his education at Lake Clifton High School. He held various jobs to which led him to ILA/ Steamship Trade Association where he has been for the last 18 years. James enjoyed all kinds of music, singing, laughing, and hanging out with his wife all the time, but most of all he loved his cars to the utmost. He leaves to cherish his memory: his wife, Ardenenia D. Pope of 25 years; one son, James Wade Jackson; one step-son, De’Andre Dawson; two step-daughters, Keyonna Brown and Jasmine Dawson; four grand-kids Ciara Jackson, Jordan Jackson, Jada Jackson and Ja’Kiah Jacobs; two brothers, Sylvander Jackson a.k.a. Ray and Barrett Jackson; one sister, Nadine Jackson; a devoted cousin to whom he treated and clearly loved as a brother, Kelvin Jackson a.k.a. Boo; and a host of nieces, nephews, cousins, aunts, uncles and a host of other relatives and friends.

The family of James Leon Jackson created this Life Tributes page to make it easy to share your memories.