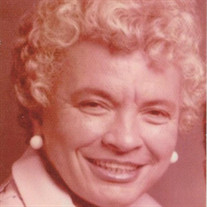 JACQUELINE TIMBERLAKE BOONE, affectionately known as "Jackie", was born to the late Margaret Goodloe and Carroll Timberlake in Hanover County, Virginia on September 17, 1931. She educated in Hanover County Public Schools and as a young adult obtained certification as a Medical Receptionist. After graduating high school, Jacqueline enlisted in the United States Air Force and served during the Korean War. Upon returning to the U.S., she became a mother, giving birth to her first son, Desmon Timberlake and moving to Philadelphia, PA to be close to family. During this time, Jackie began studying the bible and attending church regularly. It was there that she met the love of her life, Paul Boone, Sr., who sang in the church choir. Paul or "Lover", as she adoringly called him, and Jackie married on March 9, 1957. From this union came a second son, Paul Boone, Jr. Shortly after the birth of their second son in 1959, Jackie and Paul Sr., moved to Baltimore, MD. Upon arriving in Baltimore, Jackie joined the Forest Park Presbyterian Church where she was actively involved in the choir, bible study and vacation bible school. She began working at the local food market, Food-A-Rama, and made many connections with people in the community. She valued her friendships, with dear friends such as the late Ruth Jackson and Arlene Clark, among others. Throughout her life, Jackie enjoyed listening to talk radio, singing and spreading the word of God. She also had an avid interest in couponing and sales shopping. Jackie adored her family and opportunities to give to and support them and anyone else she encountered. She truly had a servant's heart and looked for the positive in every situation and person. Jackie's calm and comforting nature made her easy to talk to, laugh with, and forget about the troubles of the day. She will truly be missed. She leaves to cherish her memories-her sister, Jewell Olds; sons, Desmon Timberlake, Thomas Boone and Paul Boone, Jr.; grandchildren, Darren Timberlake, Keisha Timberlake, Tiffany Timberlake, Charmaine Timberlake, Christina Boone, Paul Boone, III and Stephen Boone; ten great-grandchildren; a loving niece, Margaret Bradley and a host of nieces, nephews, family and friends.

JACQUELINE TIMBERLAKE BOONE, affectionately known as "Jackie", was born to the late Margaret Goodloe and Carroll Timberlake in Hanover County, Virginia on September 17, 1931. She educated in Hanover County Public Schools and as a young adult... View Obituary & Service Information

The family of Jacqueline E. Boone created this Life Tributes page to make it easy to share your memories.

Send flowers to the Boone family.