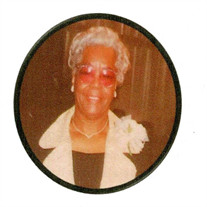 Inez Lee Boyd was born on November 08,1929, in Reidsville, NC to Helen Lee. She was the only daughter and was preceded by her brother, Eugene Tucker. Inez was educated in the public schools in North Caroline and graduated from Booker T. Washington High School in Reidsville. At an early age, Inez attended church and was baptized at Mount Herman Baptist Church in Ruffin, NC. Inez married the love of her life, Colman Boyd. They moved to Hartford Connecticut where she was employed as a welder for Pratt & Whitney until she retired in 1987. Inez's husband, Colman, preceded her in death in 1982. Inez was a dedicated member of the Mount Calvary Baptist Church, Hartford, Connecticut where she received much recognition for her service until she relocated to Baltimore, MD to live with her favorite cousins, Mae Hillis who she affectionately called "Sister," and with Patricia and Gregory Eames ("The Kids"). She loved her family and enjoyed talking and laughing about her high school years where she and Mae played basketball on the girls' team at Booker T. Washington High School. Inez and Mae were the stars of the team. Together, they inspired the team to go forth to an undefeated victory! Inez loved watching sports on television and sharing a meal with family and friends. She also has a passion for working crossword puzzles and for coloring pictures in her many coloring books. Inez loved the Lord and appreciated the prayers of Elder Allen Russell and his wife, JoAnn whenever they stopped by for a visit-"Praise God what a time!" In April of 2021, Inez moved to the Hands Full of Love Assisted Living facility with Ms.Diane Townes and staff until her death on July 2, 2021, at the Stella Maris Hospice in Baltimore. Pat and Greg were by her side and witnessed her peaceful transition. Special thanks to Lisa Russell, Dorothy Harris(Buddy Dean), Marie Addison, Alicia Backmon, Shaniece Givens, Kim Cummings, Lynette Keith, Bunny Wylie, Elaine Campbell, Diane Townes, and the staff at Hands Full of Love (Assisted Living)

Inez Lee Boyd was born on November 08,1929, in Reidsville, NC to Helen Lee. She was the only daughter and was preceded by her brother, Eugene Tucker. Inez was educated in the public schools in North Caroline and graduated from Booker T. Washington... View Obituary & Service Information

The family of Inez L. Boyd created this Life Tributes page to make it easy to share your memories.

Send flowers to the Boyd family.