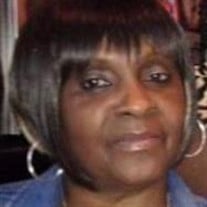 "There is a time for everything, and a season, for every activity under the heavens ; a time to be born, and a time to die; a time to plant, and a time to uproot, a time to kill, and a time to heal; a time to tear down, and a time to build up; a time to weep, and a time to laugh; a time to mourn, and a time to dance..." Ecclesiastes 3:1-8 On Tuesday, March 29, 2022, God in his infinite wisdom, opened its heavens gates to quietly receive Carolyn Bernice Brown. Carolyn passed away in her home sitting in her favorite chair. Carolyn Bernice Brown was born on February 3, 1951, in Southampton County, Virginia to the late Robert and Fannie Brown of Boykins, Va. At an early age, Carolyn was baptized at Mount Tabor Baptist Church of Newsome, VA. After moving to Richmond, VA, Carolyn later joined Grayland Baptist Church where she remained until her death. Carolyn was preceded in death by her mother Fannie Brown and father Robert Brown SR, five sisters; Virginia Mason, Dorothy Jenkins, Sallie Mae Boone, Joyce Gregg and Barbara Joyner , one brother Charles Brown and her loving devoted friend, Earnest (Buck) Robinson. She leaves to cherish her memory, daughter Alexis (Trina) Brown, son Akeem (Keem), grandaughter Akiyah (Kia) Brown, grandson Andre (Peanut) Greene Jr., granddaughter Austyn Brown, great grandson Layton (Butt Butt) Austin and one bonus great granddaughter Laiyah Long, both of Richmond,VA.;many loving and caring nieces,nephew,cousin and a host of friends; a devoted friend Aubrey Brown. Carolyn graduated from Southampton High School and then moved to Richmond,VA, where she worked for and retired from Bon Secours Medical Center after 35 years of service. Carolyn was dedicated to her family and spoiled them immensely. Then often went back and forth about who she spoiled the most, but she had no favorites, she loved them all the same. Carolyn enjoyed playing Bingo, the lottery and going to family functions. But more than anything, she never missed an opportunity to support Keem and Peanut in their sporting activities. You would have never known she was completely clueless about games by the way she would be hollering at the referees and coaches. Just a couple of weeks ago, Peanut received a letter in the mail from one of the parents at school. Verbatim she said "your grandma is the best! I still remember your Freshman year when she was not happy with coach Jones. We followed her from the school to the parking lot. She had some interesting words to say about him. She is a spit fire, spicy, loves you and I love her. She made us laugh the entire ride home." This definitely describes her to a "T". Carolyn's second love was being able to watch her granddaughter Austyn and great grandson Layton (Butt Butt) after she retired. It was nothing to see a new video of them she had posted on Facebook. Family was everything to Carolyn and she did whatever that was in her power to make sure they were good. She will definitely be missed but her Legacy will live on forever in our hearts.

The family of In Loving Memory of Carolyn Bernice Brown created this Life Tributes page to make it easy to share your memories.

&quot;There is a time for everything, and a season, for every activity...