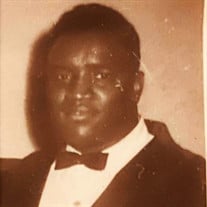 Harry E. Santos Sr., affectionately known as "Hank", son of the late Stanley Santos Sr. and the late Sarah Santos, was born on April 10, 1945 in Baltimore, Maryland. He departed this life on Wednesday, January 26, 2022, at Mercy Medical Hospital. Harry received his education in the Baltimore public school system, and on January 6, 1968, he married the love of his life, Suzanne Collins, and out of that union, they had four children. Harry held various jobs, his most recent was at G. Fava Fruit Company in Jessup, Maryland, in which he had retired after over 30 years of service. Harry had a love for building pigeon coops, and raising and flying Tippler Pigeons, as well as raising various breeds of dogs, and breeding pit bulls. He also loved watching various western movies, and wrestling matches, as well as collecting several music equipment, and playing and listening to his oldies but goodies. Harry often enjoyed going to the movies and the Inner harbor with his wife, as well as taking his children to wrestling events, fishing, baseball games, and bike riding. Harry was always the life of the party at every family holiday gathering. He always enjoyed reminiscing about him growing up with his siblings, best friend Teddy, and two cousins, George Jr. and Charlie. Harry made numerous friends wherever he went and will be sincerely missed by everyone who knew him. He is preceded in death by his brothers Stanley, Robert, William and Benjamin; grandson, Jamahl (Speedy) Lockwood Sr.; cousin, George (George Jr.) Baker Jr.; and son-in-law Earl Makell. Harry leaves to cherish his memory: loving wife of 54 years, Suzanne; two daughters, Sandy (Johnnie) and Roxanne; two sons, Harry Jr. (Carletta) and Perry Sr.; seven sisters, Sarah, Amelia, Shirley (Ernest) Joanne, Diane (Roscoe), Christine and Sharon; one brother, Tony; thirteen grandchildren and fourteen great-grandchildren; best friend, Theodore (Teddy) Richardson; cousin James (Charlie)Baker); several nieces and nephews and a host of other relatives and friends.

The family of Harry E. Santos, Sr. created this Life Tributes page to make it easy to share your memories.

Send flowers to the Santos, family.