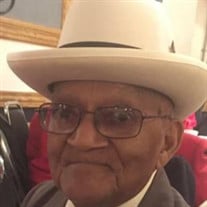 HARRY BOSWORTH MARTIN, son of the late Louis and Irene Polk, Martin was born May 16, 1925 in Princess Anne, Maryland. He was the 7th of 12 children. His parents instilled God, family, education and hard work in their children. Harry’s parents graduated from Hampton Institute (now Hampton University) in 1915, and the children knew they had to attend college. Church and prayer was always present growing up, and there was a prayer room under the steps in his home. He attended Metropolitan United Methodist, Epworth Chapel, and St. Philip’s Lutheran. He enjoyed singing and his last song was the Lord’s prayer. He graduated from Salisbury Colored High School, and in 1943 joined the United States Navy where he traveled to Hampton, Virginia; Cape May, New Jersey; was on a carrier in the Atlantic, and served in Honolulu Hawaii and Okinawa Japan. He received an honorable discharge. It was a known fact that college had to be completed. Harry attended Princess Anne College now University of Maryland Eastern Shore (UMES) where he majored in Agriculture and pledged Phi Beta Sigma. He received his certificate in Early Elementary School from Bowie State Teacher’s College (now Bowie University). Received a certificate in Special Education from Loyola College. He also took classes at Johns Hopkins University. In 1949 he married Edith Lois Hull and they raised 3 children Dwight, Grant and Lori. Spending time with family and friends was important and often the Martin’s had company at their home. Harry cooked and made good seafood dishes, soups, and could slaughter a hog. You name it, he could process or prepare it. People would stop by the white house, or the brick house with the white picket fence and eat anytime they showed up. He worked for the University of Maryland Poultry Lab, and then taught in the Anne Arundel County Public Schools. He worked at several schools and retired in July 1982 from Greenspring Jr. High. His close friends included Harold Lee Curry, Bea Gardner, Julius Little and Whit Williams, and Curley. He was known as Mr. Martin, Dad, Shortman, Pop Pop and Mr. Harry. Often he helped others as he always had a station wagon or van, ladder, tools and keys to fix whatever was broken. He was a known handyman and helped people all hours of the night with broken locks, windows, electrical and plumbing services. He taught Industrial Arts and was a lifelong carpenter in home improvement, and shared his skills with many students. He later jumped the broom with Margaret Edwards and they had fun traveling, attending family events and hitting Casinos. He loved to drive and would run a vehicle to maximum capacity and life. There was not much he could not do, and nothing went to waste. He would drink Old Charter, and then make lamps out of the empty half gallon bottles. He loved to drive and would run a vehicle to maximum capacity and life. If you rode with him in the Van or Boat just look at worn passenger floor boards. He also drove his grands Jay (deceased) and LaShai around. Harry enjoyed his boat, camper, fishing trips, playing pinochle, dancing with wiggling to the floor, and traveling. He loved attending Martin Family Reunions, Nomads Van Club camping and events, All in One Social Club events, Salisbury High reunions, and the Pumphrey reunion. For years he enjoyed going to Easter Seals weekly, and driving #1 Loui to visit baby brother Grant in Ocala Florida was priceless. He leaves to cherish his memory: children, Dwight (Penny) Grant, Lori (James); siblings Martha Avery, Oswald Martin, Jewell Henry; sister-inlaw, Clara Martin; grandchildren, LaShai Graham and Shannon Griffen; a host of nieces, nephews, cousins, students and friends.

HARRY BOSWORTH MARTIN, son of the late Louis and Irene Polk, Martin was born May 16, 1925 in Princess Anne, Maryland. He was the 7th of 12 children. His parents instilled God, family, education and hard work in their children. Harry&#8217;s... View Obituary & Service Information

The family of Harry Bosworth Martin created this Life Tributes page to make it easy to share your memories.