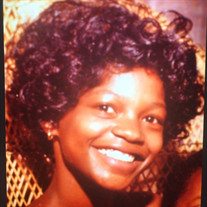 Gwendolyn V. Lemon Henderson, daughter of the late Carrie Lemon and James Savage, was born the youngest twin on May 12, 192. Gwen, as she was affectionately known, departed this life on November 12, 2021 at the Johns Hopkins Bayview Medical... View Obituary & Service Information

The family of Gwendolyn V. Lemon-Henderson created this Life Tributes page to make it easy to share your memories.

Send flowers to the Lemon-Henderson family.