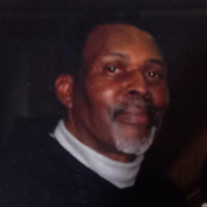 Gregory Lamont Greene came into this world on November 13, 1950. From the union of Delores Hawkins and Cornell Nathaniel Greene. He departed this life on February 5, 2022. Gregory received his education in the Baltimore city school system, in the end graduating from Douglass High School. Gregory Lamont Greene married Bessie Edith Gladden on June29,1974. From that union came his two children. His daughter Lamonta Naomi Greene and his son Brandon Cornell Greene. Although Gregory was raised in church, as a young man he raised questions about the traditional teachings of religion. He would later venture into seeking out a teaching that was more suitable for him when he joined the school of Masonry. While receiving a degree or two with the Masons he shortly left those teachings to become his own man. Gregory began to deal with the logic and reality of Life, the world and building with family toward the future. Gregory had multiple jobs over the years which included driving a cab, working his own booths at different flea markets as well as on the streets of Baltimore. Selling anything from clothes to toys to all kinds of knick knacks to the people of Baltimore City. Gregory would spend most of his working days at Social Security. He worked 14 years there as a telecommunications tech. More recently he would work for Amazon for 2yrs where he met a whole host of people he loved talking to and working with. He would leave Amazon due to his illness but still wishing the best for his fellow employees. Gregory loved to travel mainly using the Mass Transit system. He knew every bus line, main and side streets an every shortcut you could think of. Whether it was sight seeing, going out for enjoyment or going across town to help out a friend, a cab, plane bus or train would get him there. Oh an let's not forget the occasional trip to Atlantic City where Greg could relax, loosen up an enjoy the casinos and night life. It didn't take much for Greg to enjoy himself. So long as friends and family were involved he was right at home. Gregory also loved music and reading. He would often go to Art Scape to hear Jazz, R&B, and a whole host of artist he grew up listening to. He read a plethora of books. He like reading different stories that peak his imagination but his favorites were books about ancient times and before, books on knowledge and enlightenment and evolving your mind. An a few crossword puzzles here and there. If Gregory had one wish it would be that his kids and grand kids surpass him and carry on his bloodline on a supreme level. He loved his family. Gregory will be remembered by His children Lamonta and Brandon. Grand kids Marquise, Jasmine, Jaycee,Brandon Jr, Christian and Braelon. Great granddaughter Jordyn. Siblings Patricia, Loretta, Alexis, Paula, Randle, Johnathan, Gary and Mark. 8 nephews, 9 nieces and 31 great nieces and nephews and a ton of work family and friends.

Gregory Lamont Greene came into this world on November 13, 1950. From the union of Delores Hawkins and Cornell Nathaniel Greene. He departed this life on February 5, 2022. Gregory received his education in the Baltimore city school system,... View Obituary & Service Information

The family of Gregory Lamont Greene created this Life Tributes page to make it easy to share your memories.

Send flowers to the Greene family.