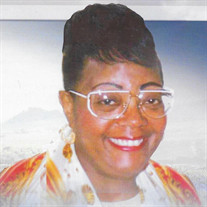 The Sun rose on Gloria Maxine Carter on June 12, 1935 to Joseph and Viola Graham. Gloria peacefully departed this life on December 16, 2021 with loved ones by her side after a lengthy illness. She was preceded in death by her brothers and sisters (Herbert, Paul, Morris, and Janice). Gloria was raised in Baltimore, Maryland. She received her education from the Baltimore City Public School system. Gloria graduated from Dunbar High chool and later received her Bachelor's and Masters degrees in Early Childhood Education from Morgan State College (University). Gloria married Donald Purviance in 1955. From that union she had her son Carroll. For a number of years, Gloria held an Executive Level Position at the Social Security Administration in the Bureau of Disability Insurance. During her time there she excelled in her career. Gloria enjoyed her work and during that time she made many lifelong friends. In 1959 Gloria went to a party, not knowing that she would meet the love of her life Melvin Earl Carter. They married on November 25, 1961. During their marriage the family grew to include Carroll, Lisa, Nina, and Gina (deceased). After a successful career at Social Security, Gloria obtained her dream job of becoming an Educator for the Baltimore City Public School system. Gloria taught for several years with her specialty being English. She was also classified as a Reading Specialist. She believed if you could read you could do anything. When she retired from teaching Gloria continued to tutor students in her home. Gloria was a member of New Psalmist Baptist Church for several years. She served on the Usher Board and as a Willing Worker. Years later Gloria joined New Shiloh Baptist Church were she remained a member until her passing. Gloria loved to travel. She wanted to see the places that she taught about to her students. Gloria and Melvin instilled this same love of travel in their children with annual summer vacations. When Melvin retired, they joined a travel club and set out to see the world. Their travels included Spain, Italy, Russia, North Africa, and Hong Kong to name a few. Gloria loved her family. She was a devoted Daughter and Sister; a loving and caring Wife, a wonderful Mother, Grandmother and Aunt. Gloria leaves to celebrate her life, husband Melvin, children Carroll Carter, Lisa M. Carter, Nina Parson; Daughter-In-Law Brenda Carter, Son-In-Law Jerome Parson; Grandchildren Carroll Carter Jr; Terah Carter, and Tiauna Smith; Great Grandchildren, and a hosts of beloved nieces, nephews, extended family and friends.

The Sun rose on Gloria Maxine Carter on June 12, 1935 to Joseph and Viola Graham. Gloria peacefully departed this life on December 16, 2021 with loved ones by her side after a lengthy illness. She was preceded in death by her brothers and... View Obituary & Service Information

The family of Gloria Maxine Carter created this Life Tributes page to make it easy to share your memories.