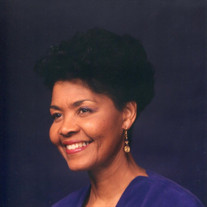 GEORGIA TYISKA WRIGHT, 83, of Leesburg, Virginia passed away peacefully on October 12, 2021 with her three children by her side after complications due to Parkinson’s disease. She was married to Dr. Douglas Lloyd Wright until 1981. An accomplished woman, she graduated with Bachelors and Masters Degrees from the University of Michigan and studied for a Doctorate in Public Administration at Western Michigan University. She spent much of her career in the political arena. She was Director of Human Services for the Michigan State Housing Development Authority, was on the policy staff and a lobbyist in the governor’s office, and was a legislative analyst for the Office of the Speaker of the Michigan House of Representatives. At 51, she joined the United States Foreign Service and was posted at the United States Embassies in Madrid, Spain; Nassau, Bahamas; Bandar Seri Begawan, Brunei; the United Nations in New York and finally posted at the U.S. Department of State (Panama Desk) in Washington, DC. She retired in 2003. She enjoyed Japanese flower-arranging, interior decorating,dancing and watching old movies. She was a woman of deep Christian faith, always finding small communities for prayer and bible study during the course of her travels. She was highly regarded by friends and colleagues, new and old. She exuded elegance and an impeccable sense of style in the way she carried herself, the way she dressed and the way she decorated her surroundings. She participated in many civic causes throughout her adult life including the Links. Georgia Tyiska Wright brought love, patience, a spirit of service to others, intellectual curiosity, and a relentless drive for excellence to every undertaking. She passes this on to her children, grandchildren, and great-grandchildren. She is survived by her three devoted, loving children, Daryl Wright (Maryclaire Knight), David Todd Wright, and April Wright; three grandchildren, Maxine Wright and Jonathan France (Racie LaCour), Teshanna Wood; five great-grandchildren, Skylar (France), Tyler(France), Landis (Randleman), Londyn (Garrett), and Kailee (France). She will be deeply missed by members of her extended family and dear friends Maureen Conner, and Jim and Tessie Sharp.

GEORGIA TYISKA WRIGHT, 83, of Leesburg, Virginia passed away peacefully on October 12, 2021 with her three children by her side after complications due to Parkinson&#8217;s disease. She was married to Dr. Douglas Lloyd Wright until... View Obituary & Service Information

The family of Georgia Tyiska Wright created this Life Tributes page to make it easy to share your memories.

Send flowers to the Wright family.