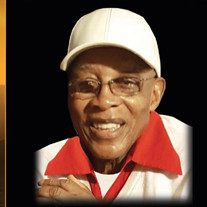 GEORGE LEWIS SMITH (also known as “Smitty”, Uncle Lewis, Mr. Smith, Mr. George, Deacon Smith, but his children knew him as Dad), passed away on Saturday, January 1, 2022 at Promedica (ManorCare), Rehabilitation Nursing at Ruxton under Palliative Care with Gilchrist Hospice. George was born on June 18, 1939 in Harnett, NC, resident in Erwin, but was raised in Fayetteville, NC. He was the youngest of three siblings, named after his grandfather. He was preceded in death by his brother Henry Sheppard Smith, Sr., sister Nancy McMillian, and both parents Mary (McLean) Smith and Sheppard Smith. George attended public school and Fayetteville Community College. George went to California to find work and was asked to go look for his brother, Henry in Baltimore. He met Beverly (Allen) Ward through a co-worker. They later joined in Holy Matrimony, 1966- 1989 and two children were born, Natarsha and Antoinne. George never had a problem finding work. He worked at Concrete Piping in Jessup, Maryland, Baltimore Gas & Electric Co. Life challenges took place, so he later worked at Indiana Grain in Baltimore. He didn’t stay for long and started working for Towson State University. Johns Hopkins University is where he retired from after a life threatening illness immobilized him and kept him from working. He retired after serving over 26 years of service. He loved all types of sports: football, basketball, hockey and soccer, but baseball and horseshoes were his favorites. George played in multiple leagues and played all positions. He enjoyed playing cards with neighbors and friends. He was neighborly and always showed humility towards all mankind. He loved eating all types of food: fried fish, french fries, chicken, spaghetti, macaroni and cheese and hot dogs, but please add the vegetables, especially “greens”. Popcorn was his favorite snack while watching westerns and other tv shows. George dedicated his life to Christ at The Southern Baptist Church, under the leadership of Dr. Nathaniel Higgs in 1983, after Rev. Hughetta Whitaker and Pastor Robert Haines’ discipleship. He continued his fellowship under the leadership of Bishop Donte L. Hickman. He was a committed and dedicated disciple. He loved his church family. The Seed Church was his second church family, where his daughter and son-in-law are founders and leaders. He knew how important it was to give a tenth or more of his time, money, gifts and talent. Numerous awards were achieved while laboring for the Lord: 1999 - Laymen with U.B.M.C for Devoted Christian Service to His Church and Community. The original and only one during that particular time serving on the tape ministry, when they were just using cassettes. November 4, 1999 - Outstanding Service Award (Bible Study) City of Baltimore, Presidential Citation. February 3, 2008 - Recognition of Service and Commitment, during the 72nd Men & Women’s Church Anniversary at The Southern Baptist Church. 2015 - He received ordination to the office and work of a “Deacon” and recognition and appreciation for outstanding contribution, under Bishop Donnell Wright, The Seed Church 2015-2016, he was awarded a trophy for Bowling (MVP). He loved his family, and his children meant the world to him. He wanted the best for his children. Although we were separated, he believed one day we would be united once again 2012-2016 - He spent 100 percent with his son-in-law and daughter, during his time of health crisis. His informal message back in the day, when adversities come, “Drink plenty of ice water, play dead, play crazy, act like you don’t have any sense.” But if he was here today, he would remind us to “Stay with God and Stay On God’s Path.” He loved music: Oldies & Goodies, blues, above all Gospel music was his life. A couple of his favorites, “He’s Been Good”, Lee Williams and “Fix It Jesus”, Canton Spirituals. George is survived by his (daughter) Natarsha Wright, (Evangelist & Executive Pastor); (son) Antoinne Lewis Smith; (grandson) Jalil R. Samuel; (son-in-law) Donnell S. Wright (Bishop and Senior Pastor); many nephews, one niece, and a host of cousins, loved ones and friends.

The family of George Lewis Smith created this Life Tributes page to make it easy to share your memories.