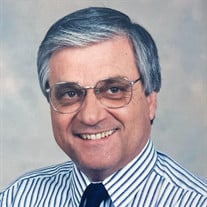 Gary Lee Fisher, 79, beloved pastor, father, grandfather, husband, and brother, passed away on December 13th, 2021 at his home in Baltimore, Maryland. Gary was born on February 10, 1942 in Wisconsin Rapids, Wisconsin to Ernest and Irene (Haferman) Fisher, who owned and ran a local dairy farm. After attending school in Wisconsin Rapids, Gary left at the age of 14 to study for the Lutheran seminary in Milwaukee, Wisconsin and subsequently in St. Louis, Missouri, where he met Mary Lou Schulz. Gary and Mary Lou were married on April 3, 1966 in Plymouth County, Iowa. A lifelong Lutheran and man of deep faith and conviction, Gary led the congregations of the Good Shepherd in Norfolk, Virginia; Calvary Lutheran Church in Jacksonville, North Carolina; and Our Savior Lutheran Church in Baltimore, Maryland, from which he retired in 2006. Gary was also active in urban ministry throughout his life and a strong supporter of the civil rights movement during the 1950’s and 1960’s. In his spare time, Gary loved to read and study theology, and especially enjoyed spending time in recent years with his grandchildren, Elsie and Davis. Gary is survived by his children Heidi Fisher, Atticus (Gretchen) Fisher, and Douglas (Sarah) Johnson-Fisher, his grandchildren Elsie Fisher and Davis Fisher, brothers Dean (Beverly Jackson) Fisher and Dale (Jeanne) Fisher, and sister-in-law Veda Fisher. He is preceded in death by his parents, brother Roger Fisher, sister Janice Hagen, and former wife Mary Lou (Schulz) Fisher. In lieu of flowers, donations may be sent to Atticus Fisher for the Mary Lou Schulz Fisher Memorial Scholarship Fund at the ECU College of Nursing. We love and miss you. Memorial services are planned for early next year in Baltimore and Wisconsin Rapids.

The family of Rev. Gary Lee Fisher created this Life Tributes page to make it easy to share your memories.

Send flowers to the Fisher family.