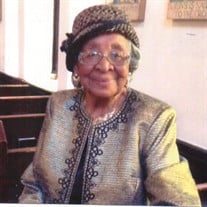 EVELYN, the second daughter of Mary Lou and Sylvester Robinson, was born in Wade, North Carolina on September 11, 1923. She attended elementary school in Wade, North Carolina and in Baltimore, Maryland; junior high school and senior high school were attended in Baltimore. After graduating from Douglass High School in 1941, she earned a Bachelor’s degree from, what was then, Coppin State Teachers College (1945). In 1952, she earned a M.A. degree in elementary education from NYU. Over a period of 33 years, she rose through the ranks from a classroom teacher to a school principal. In 1970, Evelyn was transferred to Lynhurst Elementary School. After four years at Lynhurst, Evelyn was transferred to James Monroe Elementary School #48 as Assistant Principal. There she remained for three years. She completed a highly successful career as a classroom teacher, demonstration teacher, practice teacher, and senior teacher. While serving as a senior teacher she also served as a summer school principal. The final years of her service were spend as principal of Jackie Robinson Elementary School #200. She retired from the Department of Education System of Baltimore in June 1978. Harold and Evelyn met during World War II and were married August 27, 1946. They were married for 68 years. Evelyn was baptized and confirmed in 1935 at St. Katherine’s Church and has been a lifelong member. She participated in many of the activities of the church. She also assisted in the training of the young people. She devoted her life to helping her family and other people who needed help. Her career embodied the highest standards of professionalism with deep personal dedication to her students and colleagues. Traveling was an enjoyable part of her life. These are some of the experiences she had and places visited: two Caribbean Cruises; one Black Sea Cruise; visits to Mexico, Canada, and Bermuda; countries in Eastern and Western Europe; many states in the United States, including two visits to Hawaii; countries visited in Western Europe were England, France, Holland, Belgium; countries visited in Eastern Europe were Greece, Turkey, Russia, Greek Islands A highlight of the Black Sea Cruise was passing through the Gulf of Corinth and the Ancient City of Corinth, the home of St. Paul, an Apostle of Jesus Christ who wrote Corinthians. It was amazing to know that this area still has its ancient name of Corinth. She is survived by her sister Thelma Walker (who is 101) of Wilmington and many nieces and nephews. Special mention to Mrs. Linda Sloan.

The family of Evelyn Catherine Vanhook created this Life Tributes page to make it easy to share your memories.

EVELYN, the second daughter of Mary Lou and Sylvester
Robinson,...

Send flowers to the Vanhook family.