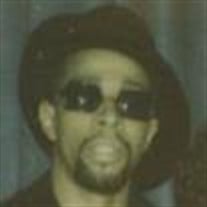 Eugene A. Morris Sr. was born in Jacksonville, Alabama on January 25th, 1945. He went into his eternal sleep on January 19, 2022 in Baltimore, MD. Eugene graduated high school in Alabama and moved to Baltimore, MD for a better life. He briefly worked at the Pentagon and decided to take a job at Tasty Nut. He also worked in Landover, MD at Herbert Halperin for almost 2 decades. Gene or Geno (as he was affectionately called) worked for another 18 years at Ms. Desserts and retired in 2008. Eugene married the love of his life, Theodora Rene' Evans on June 22nd, 1968, in Baltimore, MD. He also met Raymond (Mac) and Larry (Bruh Pie) in 1968, his two best friends. Their friendship lasted for over 50 years. Eugene was known as Geno, Uncle Go-Go or Gopher. He was a hardworking man and would help anyone in need. he never hired anyone to do work in our House at Walbrook Avenue. He maintained that big house, by himself up until several years ago. He loved to party and any event that was given always was at the House of Gene and Rene'. He could get on the grill and barbeque like no one else. He was preceded in death by his son, Baby Morris; mother, Mattie Ruth Howell; and his sister, Marie Postell. Eugene is survived by: his wife of 53 years, the love of his life, Theodora Rene' Morris, along with their four children and spouses, Eugene A. Morris Jr. "Spoon", Lisa R.M. Harvey "Rock" (Willie Lee Harvey), Myron Morris Sr. (Tamara Morris) and Kenra Morris-Bryant "Funk" (Corey Bryant whom he affectionately called "Junior"); six grandchildren, Jamie "Pistol Pete", William "Peanut", his first granddaughter LisaKenee "Dusty", Dezmond Bryant "Wiley", Myron Morris Jr. "MJ", and bringing up the rear is Tamyra Rene' Morris "Babygirl"; his siblings, Robert Brockman, Lorine Morris, Sarah Salter, Grace Reid (James Morton) and Dorothy Haywood. Eugene is also survived by multiple nieces and nephews, family and friends, along with the neighbors who adored him on Walbrook Avenue. Eugune's legacy will live on. His Wife, Children and Grandchildren were his HEARTS!

Eugene A. Morris Sr. was born in Jacksonville, Alabama on January 25th, 1945. He went into his eternal sleep on January 19, 2022 in Baltimore, MD. Eugene graduated high school in Alabama and moved to Baltimore, MD for a better life. He briefly... View Obituary & Service Information

The family of Eugene A, Morris Sr. created this Life Tributes page to make it easy to share your memories.

Eugene A. Morris Sr. was born in Jacksonville, Alabama on January...

Send flowers to the Morris family.