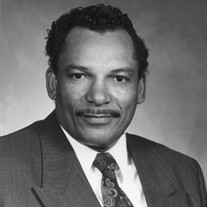 Obituary Elwood Alvin Anderson was born June 4, 1944, in King William County, Virginia to the late Elwood Bernard and Beulah Nelson Anderson. He is preceded in death by his brother James Melvin Anderson. Family and friends knew him by his middle name “Alvin”. His church of worship was Mangohick Baptist Church in King William County, where he joined at an early age. He was a graduate of Hamilton-Holmes High School, Class of 1963. Alvin enlisted into the United States Armed Forces and served his country proudly. Upon completion of his military service, he received an honorable discharge. Alvin later moved to Richmond, Virginia where he was joined in holy matrimony to his sweetheart Victoria Sturtevant in 1967. He was employed at The Greater Richmond Transit Company where his passion, dedication, and exemplary work ethics advanced him within the company to the title of Director of Transportation. Alvin retired after more than 25 years of service. Alvin’s favorite activities that he enjoyed are a fondness of driving, traveling, outdoor sports, hunting, and fishing. Like a match made in heaven, he and his wife enjoyed everything together like two peas in a pod. He was a member of the Mangohick Hunting Club. Alvin will surely be missed by his family and friends that knew him to always have such a cunning smile and calm demeanor. He had an exuberant personality that was displayed as he graciously hosted many family gatherings and holiday occasions. He leaves to cherish his memory his loving wife of 54 years, Victoria Anderson; brother, Hinton Warren Anderson (Barbara Jean); sisters-­in-law, Martha Anderson, Amanda Mobley (Elwood), Gloria Wyche, Ada Christian (Charles), Linda Sturtevant; brother-in-law, Freddie Sturtevant; and a host of nieces, nephews, cousins, other relatives, and dear friends.

Obituary Elwood Alvin Anderson was born June 4, 1944, in King William County, Virginia to the late Elwood Bernard and Beulah Nelson Anderson. He is preceded in death by his brother James Melvin Anderson. Family and friends knew him by his... View Obituary & Service Information

The family of Elwood Alvin Anderson created this Life Tributes page to make it easy to share your memories.

Send flowers to the Anderson family.