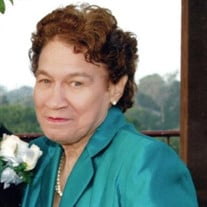 Elizabeth Frances Johnson (nee Shepard) was born on October 30, 1937, in Baltimore, Maryland and quietly departed this life on January 29. 2022, in Lake Elsinore, California. Better known to her family as “Little Liz” and “Pokey”, Elizabeth was the daughter of Elizabeth and Fred Elmer Bolling, II (Stepfather). Elizabeth attended public schools in Baltimore, Maryland and Sparrows Point, Maryland. She briefly attended Coppin State College University. She retired from the Social Security Administration. Elizabeth loved going to play the horses at the Pimlico Racetrack and on television. Elizabeth is preceded in death by two of her children, a daughter Karen Shannon, and a son Darryl Shannon. She is preceded in death by her younger sister, Charisse M. Carey (Bolling) and two brothers, Berkley C. Dorsey, and Michael J. Bolling. Elizabeth is also survived by her two uncles, Robert and Ronald Wren as well as several young nieces, nephews of the family Elizabeth is survived by three of her four sons, Zane Hubbard, Craig, Gregory, and Dean Shannon as well as several grandchildren. She is survived by her loving brother, Fred Elmer Bolling III and her sister Gwendolyn A. Lawson, a brother-in-law, Michael A. Lawson, two nephews, Anthony D. Carey, and Michael A. Lawson, II and a host of extended family and friends.

The family of Elizabeth F. Johnson created this Life Tributes page to make it easy to share your memories.