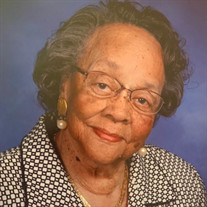 A Time to Live She attended A.T Wright High School in White Stone, Virginia and graduated in 1939. The African American community in Lancaster County strongly believed that education was the key to success for their children and raised funds to construct the school. As a child, she was baptized and joined Calvary Baptist Church in Kilmarnock, Virginia. Like most young folks, she left Kilmarnock and moved to Baltimore, Maryland and lived with her aunt, Muriel Smith. From her reminiscing, Pennsylvania Avenue was a fun place to be back then. She joined Union Baptist Church which was down the street from where she lived. She worked in various jobs as an elevator operator at Hochschild Kohn department store and was a private Housekeeper for various families while raising her four children from her first marriage. In the late 1950’s, she relocated to Lawrenceville, New Jersey. Her brother and his wife, Frank and Geraldine was pivotal in sharing their household while she set up a perfect life for herself and children. It was an amazing community filled with families of like minds. She would always say, “My brother helped me when I could not help myself.” She joined Shiloh Baptist Church in Trenton, New Jersey by way of Christian experience. She was active in various choirs and made sure her children were active in the church as well. Never forgetting for whence she came, she would travel annually to Kilmarnock for Calvary’s Homecoming Celebrations. Lifting as she climbed, she supported her children by working in food services at Princeton University and various food and custodial services at Lawrenceville Prep School. She cherished her family ties and relationships. She praised the bridge that carried her over the many trials and tribulations. Family never abandoned her throughout her life and as she grew older and fragile, her children promised her the same. A Time to Love She later married the late Benjamin F. DeLeaver on August 28,1971 in Lawrenceville, NJ. and returned to Baltimore. They adored each other. They graduated from the same high school a few years apart. She says she did not remember him at school, but he remembered her. She always told us, “Ben was good to me.”. And he was. They went everywhere together. She worked as a Sales Representative at the Hecht Company and later worked as a long-term substitute teacher for Baltimore City Public Schools. A Time to Serve She restored her membership to Union Baptist Church. She was a member of the William Johnson Circle for over 65 years, Veola Coleman Missionary Society, the Elevator Operator for homegoing services with the Comfort Ministry, the Sanctuary Choir, and a special program helper of the Senior Choir. She enjoyed being a Food Server for the Circle Sweets Shop at the Annual Spring Bazaar. A Time for Fun She had a sweet generous spirit. She was gifted in many things and would shyly say it was not so. She made dozens of crochet afghans, sweaters, scarves, hats, and gloves. She canned vegetables from Ben’s Garden and sewed many garments. She loved word search puzzles. Every month, for years, she would play cards and break bread with her women friends in The Group Pinochle Club. They had a fun time rotating to each other house to play. She was also a member of the Augsburg Eating Together program. They bought movies, listened to guest speakers, did craft projects, and always played cards and bingo. She loved family visits and enjoyed her grands, great grands, and great-great grandchildren. They were like flowers in her garden she nurtured, and she watched them grow. While in Baltimore, she enjoyed visiting churches, recitals, and nursing homes with friends. Along with her virtuous teaching, she taught us it was nice to be nice. She absolutely adored her brother, Frank, Jr. who made her laugh with stories and jokes. Her many treks to Virginia to visit with family will always remind us that we developed the original chicken box. She will be remembered by all who knew her for her generosity of spirit, resilience, and truth. A Time to Depart During her centenarian years, she would end her telephone calls and visits by saying, “Until Then” and graciously say, “Thank you for all you do.” She was preparing us, yet we still faltered. In the early morn of March 5th, 2022, under a beautiful crescent moon, God called her home. A Time for Remembrance She is predeceased by her husband Benjamin F. DeLeaver, her sisters, Louise Eola Galloway and Audrey Gross Kauffman, her oldest son, John Talmadge Coates, and granddaughter, Talmica Coates. A Time for Legacy She leaves to celebrate her memory; her brother Frank H. Galloway (Geraldine). Her children Byron H. Coates, Sheila E. Thomas (Francis), and Cheryl M. Hinton (Gary). Her God daughter, Stephanie Pettaway; daughters in law, Noriko Coates and Peggy Coates She has 8 grandchildren: Kia Hernandez (Steve), Danielle Hinton, Alexander Coates, Sean Coates (Dylkelia), Duane Hinton, Rachel Thomas (Kevin), Anthony Coates, John Brandon Coates. 14 great-grandchildren: Brandie and Bria Jones, Tazabree, Daytwan and Jabari Coates, Felicity Coates, Nile and Ori Ross, Olivia and Elijah Thomas, Nayomi and Hiro Coates, Julisse, Jaiden and Sanai Coates. And 4 great-great grandchildren: Elanni Frost, Meghan, Mylee and Mia Jones. A Time for Fellowship She will be lovingly remembered by her dearest friends Dorothy Pagett, Muriel Wilmore, Dottie Privette, and Sadie Thomas; loving cousins Susan King and MG Taylor and a host of nieces, nephews, cousins, extended family and friends. A Time to be Grateful The family wishes to send a special thank you for the outstanding compassion, care and support from Sharon Harris, Imani Rose, Markia Proctor, Dr. Suyi Park and staff of Gilchrist Hospice Care. If we have missed anyone who extended unconditional love to our Queen Mother, forgive us in our time of sorrow. We are forever grateful.

A Time to Live She attended A.T Wright High School in White Stone, Virginia and graduated in 1939. The African American community in Lancaster County strongly believed that education was the key to success for their children and raised funds... View Obituary & Service Information

In Lieu of flowers the family request donations be made to the Historic Union Baptist Church, 1219 Druid Hill Avenue, Baltimore, Maryland 21217

A Time to Live

Send flowers to the DeLeaver family.