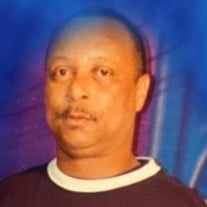 Dwayne Christopher Judkins, affectionately known as "Lumpy", was born to Joseph Judkins and Dora Cole-Judkins on October 26, 1959 and departed this life on June 30, 2021. He was educated in the Baltimore City Public School System. He received his diploma from Frederick Douglass High School. He was loved by all who came in contact with him. Dwayne was very active in his youth and was a sports enthusiast. His first love was baseball. He played for the legendary neighborhood team "The Outcast". As a member of the team, Dwayne received the award for "Player of the Year" on multiple occasions. As a result, Dwayne was featured and recognized at the Baltimore Oriole's Baseball games and eventually became a "Junior Oriole". Additionally, Dwayne loved playing ping pong, spades, checkers and skelly. If that wasn't enough, Dwayne attended the Red Shields Boys Club where he was exposed to swimming, camping, horseback riding, learned various survival skills and participated in countless other activities. Dwayne attended church at Hope Church Freewill Baptist Church. He was a member of the youth choir where he and his siblings traveled to various churches. He also sang with his brothers at talent shows. Dwayne served in the United States Army for about a year and a half. After which, Dwayne held jobs in the areas of janitorial services, landscaping and maintenance and was an excellent handyman who enjoyed home improvement projects. He was very meticulous, had an excellent eye for detail and there was nothing that he could not fix. There was nothing that he could not fix. Dwayne also had a keen "wit" and was very sharp. He really had a way with words, was humorous and very intelligent. He was funny and had a cool, calm spirit. There was no doubt that Dwayne loved his entire family. However, he had a very bond with his nieces and nephews and to this day is still affectionately "Uncle Dwayne". Dwayne also exchanged special names with them. One of these unique names was "Mr. Uncle Dwayne-thing-a-ma-jig-um-to-the-who-dum-a-call-em." In 1989 Dwayne married Lori the two maintained a special frienship for nearly 33 years. Dwayne was able to develop a special relationship with D.J., Cora and Bunnie. Dwayne had a kind soul and his heart was sensitive toward God. Prior to his transition, he made peace with God, surrendered his life to Christ and developed an intimate relationship with his Lord and Savior. Dwayne was preceded in death by his father, Joseph Calvin Judkins, his biological mother Dora Cole-Judkins; 3 brothers; Jimmy, Andre, George; 1 sister Doreatha ask Fee-Fee. He leaves to cherish his memory his wife Lori; children DJ, Cora and Bunny; Mother; Elaine Judkins-Branch; Siblings - Scoot, Dyan, Randy, Josie, Arlene, Glenn, Billy, Cynthia (Tootie) Kevin and Rodney; a host of nieces, nephews, cousins, relatives, and friends.

Dwayne Christopher Judkins, affectionately known as "Lumpy", was born to Joseph Judkins and Dora Cole-Judkins on October 26, 1959 and departed this life on June 30, 2021. He was educated in the Baltimore City Public School System. He received... View Obituary & Service Information

The family of Dwayne C. Judkins created this Life Tributes page to make it easy to share your memories.

Send flowers to the Judkins family.