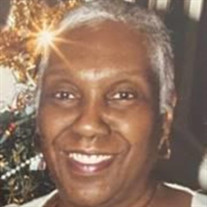 On June 4, 1954, DOROTHY JENNINGS was born to the late Annie Bell and Sonny Mason in Baltimore, MD. Dorothy, affectionately known as “Bunnie,” departed this life on March 8, 2022. Bunnie’s parents worked diligently to provide a wonderful life for their only child. While soft-spoken, her personality lit up any room she entered. Her loyalty and devotion to her family and friends were in a class of its own. She had a heart of gold and ensured those around her felt loved, cared for, and supported. As a child, Bunnie opened her heart to God. A faithful member of Wayland Baptist Church, she embodied the love and principles of Christ. Dorothy attended various schools in Baltimore, graduating from Edmondson High in 1972. Aspiring for more, she decided to attend one of Baltimore’s top Historically Black Universities, Morgan State University. In 1978, she received her Bachelor’s Degree in Business Administration. After graduation, Dorothy immediately entered the workforce and became an astute employee for the Federal Government. She was proud to have worked for the Defense Department and the United States Postal Service for over forty years. On December 31, 2021, Bunnie was elated to retire after a remarkable and rewarding career. Bunnie’s life would forever change on December 10, 1982, when she gave birth to her pride and joy, Montez. She was committed to providing the best life had to offer to her son. Montez was undeniably the light of Bunnie’s life. Her unwavering support and love encouraged him to live life on purpose and to its fullest. She would undergo another euphoric moment on January 5, 2008, when her grandson, Tourean, was born. In her spare time, Bunnie appreciated exploring the world. From Hawaii to Florida, she would travel to have a good time. Additionally, Bunnie loved watching her favorite soap operas, going to the casino, and eating crabs with her son. She had an affinity for music. At any given moment, you could catch her playing some of her favorite artists, Luther Vandross, Anita Baker, Patti Labelle, and Earth Wind & Fire. Dorothy was preceded in death by her parents, Annie Belle and Sonny Mason. She leaves to cherish her memory, her son Montez Thompson and grandson Tourean Thompson; along with a host of other relatives and friends.

The family of Dorothy Jennings created this Life Tributes page to make it easy to share your memories.

Send flowers to the Jennings family.