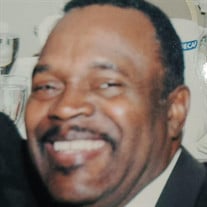 DONNIE LEE EVANS, son of the late Donnie M. Evans and Josie B. Evans, was born July 19, 1949 in Chesterfield, SC. He departed this life on June 11, 2021 after battling an acute illness. His parents relocated to Baltimore, Maryland when he was a child where he received his early education in the Baltimore City Public Schools System. Upon completion of high school, he enlisted into the U.S. Marine Corps where he trained as a Radio Relay Repairman. He served proudly during the Vietnam War and was awarded a National Defense Service Medal. He later received an honorable discharge upon completion of his military service. Donnie (affectionately known as Donnell) met the love of his life Sonya Thea Jones and they were married on April 17, 1971. This union lasted for 39 years until her passing in 2010. They were blessed with three beautiful children, Aaron, Andre and a daughter Kaiesha. Donnie received a Bachelor of Science degree from Capitol Institute of Technology in the field of Electronics Engineering Technology in 1978. He was employed with Bethlehem Steel in Sparrows Point, MD as an Electronic Engineer where he worked for over 30 years before retiring. Donnie accepted Christ during his early years and was a member of Followers of Christ Ministries where he truly enjoyed studying God’s word. Some of his favorite past times included playing pool, listening to music of all genres, watching sports, home renovation projects and anyone who knew him knew he loved a good conversation. He was a devoted husband, father and grandfather who enjoyed spending time with family especially his grandchildren whom they affectionately called “Pop Pop”. The grands adored him and often turned to him for wisdom and guidance. Donnie had a big heart and would go out of his way to help those in need. Even if there was not much good to see, he always saw the positive in others and never judged people. A true friend he was, his level of commitment and sacrifice was unmatched. The life and memory of Donnie will be cherished by his three children, Aaron Evans, Andre Evans (Partner Andrea); Kai Hilton (formerly Kaiesha Evans); one son-in-law, Lamar Hilton; three grandchildren, Tamia, Teayra, and Yaz’ra’rel Evans; one sister, Josephine McCall; three aunts, Dollie Hansley; Mable Evans and Francis Evans; four brothers-in-law, Ronnie McCall, Andre Carroll, Pless Jones and John Manigault; four sisters-in-law, Rosazetta Carroll, Bernice Manigault, Shirley Thompson and Joyce Jones; a host of nieces, nephews, cousin, other relatives and friends.

DONNIE LEE EVANS, son of the late Donnie M. Evans and Josie B. Evans, was born July 19, 1949 in Chesterfield, SC. He departed this life on June 11, 2021 after battling an acute illness. His parents relocated to Baltimore, Maryland when he was... View Obituary & Service Information

The family of Donnie Lee Evans created this Life Tributes page to make it easy to share your memories.

DONNIE LEE EVANS, son of the late Donnie M. Evans and Josie B....

Send flowers to the Evans family.