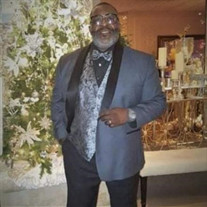 Donald C. Davis, son of Noah Lee Davis and Annie Pearl Turner was Born in Baltimore, Maryland on January 16, 1961. Donald was the seventh oldest child of twelve siblings. Educated in the Baltimore City School System, Donald graduated from Forest Park High School, class of 1979. After High School he met Kimberly A. Street and they married in 1986. From this union they had a son, Kendall R. Davis and a daughter, Alexis E. Davis. In Baltimore, Donald worked various jobs at several restaurants and stores until he started working at Gardner's Furniture Store in 1988. This is when he purchased a truck and started his own delivery business. Donald moved to Philadelphia, Pennsylvania in 1996, where he met his second wife Patricia Gains. While in Philadelphia he worked as a youth counselor at Horizon House and then as a truck driver after he received his CDLs in 2000. In 2014 he met his fiance' Annette Garcia, whom he referred to as "My Sunshine." Around this time, he started working with the youth at Carson Valley School and become a proud member of the " The Baptist Worship Center." He served as a very dedicated Deacon while his health allowed. Not only was Donald a man of faith, but he was also very social person and loved to laugh and have fun, especially with his family. He was a game fanatic; his favorite game was chess, and he was competitive and did not like to lose. He also never missed an Eagles Game. He was a man of many talents including drawing and writing. He wrote plays, songs and was infamous for writing poems for his family and loved ones. A life-long lover of music, he was the founder and lead drummer of a band that played in Philly. Donald was preceded in death by his father, Noah Lee Davis; mother, Annie P. Turner; stepfather James E. Turner; stepmother, Mary Davis; grandmother, Annie B. West; brothers Charlie, Eddie, Karl and Allen; sister-in-law Emma; aunt Virginia; niece Lisa; and his nephews Charlie Jr., Jermaine Sr,. Devell and Evan. Donald C. Davis leaves to mourn, his son Kendall R. Davis and daughter Alexis E. Davis; daughter-in-law Shae Davis; grandchildren Kayla Davis Kendall Davis Jr., King D. Davis, Brandon Moore and Brielle Moore; his sisters Virginia Davis, Vonzay D. Gilmore, Marsalena Washington; his brothers Jerry L. Davis, Kent S. Davis, Rayshann Davis, Byron Turner; brother-in-law Shahid Washington; mother-in-law Barbara Street; a host of nieces, nephews, cousins and friends; sisters-for-life Robin, Jackie and Sharon; close friends from Baltimore Tyrone, Brian, Coop, William and Rome; and close friends from Philadelphia Mike and John.

The family of Donald Carlos Davis created this Life Tributes page to make it easy to share your memories.