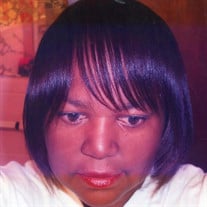 A View into the life of Diane Thelma Tandon Diane Thelma Jones Tandon was born in Richmond, on May 30, 1948. The middle child between two brothers, the older, John, and Larry. She graduated from Armstrong High School in 1966. In high school, she participated in the Spanish Club, the Band, and the Orchestra. She also was a trumpet player in an all-girl band in high school. How cool was that? She was the first of our family to attend college. She graduated from George Washington University with a major in accounting and a minor in international studies. She was married for a short time and had no children. Her first job was as an auditor for the Federal Reserve Bank. This job took her all across the country many times. After a few years of living out of a suitcase, she left the jet-set and began working for a bank in Houston. There she prospered, bought a townhouse and a Porsche. When the oil bubble burst, she moved back home to Richmond. Turning away from the banking industry, she moved on to her other passion, cars. She worked in the auto retail business for Pence Auto Group. When our mother became ill, she retired to care for her full time. Afterwards, she worked part-time at Target. She will be remembered for her gentleness, kindness, thoughtfulness, and generosity to family and others. She was a people person that would always be there for you in your time of need. Diane served her family with gladness and was known for her loving kindness and generosity towards others. She was a blessing in the lives of all she touched. Diane was a very caring person and will forever be missed, but never forgotten. Diane cherished spending time with her family and was a loving sister and a giving person of faith. She cared deeply for her family, friends and all of her loved ones. Diane was the light of her family and was a true reflection of God’s love. Diane was preceded in death by her father, John Jones; brother, John D.R. Jones; step-father, George C. Cross, and her mother, Thelma V. Cross. She is survived by her brother, Larry D Jones; step-sister, Julia L Gilliam; two nieces, Felicia Anderson and Larrita D. Threatt; nephew; Jordan C. Harris; three cousins, Carl S. Nash, Bernice Woodruff and Norman Nash; a host of other relatives and friends.

A View into the life of Diane Thelma Tandon Diane Thelma Jones Tandon was born in Richmond, on May 30, 1948. The middle child between two brothers, the older, John, and Larry. She graduated from Armstrong High School in 1966. In high school,... View Obituary & Service Information

The family of Diane Jones Tandon created this Life Tributes page to make it easy to share your memories.

A View into the life of Diane Thelma Tandon

Send flowers to the Tandon family.