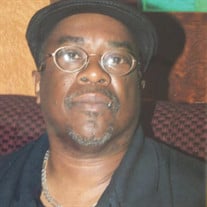 Obituary Curtis T Bryant Sr. Curtis T. Bryant Sr. was born May 1, 1955, in Richmond, Virginia. He was the proud son of Olivia Bryant and had a special relationship with his grandmother, Odessa Bryant. Curtis was a product of the Richmond Public School system and a graduate of Armstrong High School. Curtis was affectionately known in the neighborhood as “Cricket,” because whenever he’d hit someone during football games their bones would make the sound, “CRICK-ET.” After graduation, Curtis attended WSU Pullman, and later joined the armed forces as a member of the United States Navy. His time spent in the Navy sparked his affinity for travel and sailing. Several years after serving in the military, Curtis met the love of his life, Nancy Bryant, and they shared a union which spanned four decades. Together they raised and loved their 5 children. Curtis was known for his self-taught intelligence and ability to learn trades quickly. In the late 80’s, Curtis and Nancy represented themselves in a lawsuit against the City of Richmond for unjust housing practices, and won their case. Their representation not only benefitted them but also residents of their neighborhood. Beyond his ability to advocate for others in the courtroom, Curtis served others as a mechanic, employer, repairman, builder, and chef for friends and family. Professionally, Curtis worked for the Department of Public Utilities (DPU) in the City of Richmond and retired in the late 2000’s. Curtis also served several terms as Union President during his time at DPU. Curtis was passionate about many hobbies, but none more important than fishing. Whether from the pier, the boat, or by the river, Curtis was always ready to catch whatever was biting. His fishing skills afforded him the record in Richmond, VA for largest Blue Catfish caught. Other interests include biking, cooking, music (Earth Wind & Fire and Reggae), driving, boating, gadgets, traveling, and the Dallas Cowboys. However, Curtis found no greater joy than spending time with his family. Curtis was especially proud to be a grandfather and was intentional about investing in their lives. Curtis departed this life on January 4, 2022. He was preceded in death by his grandmother, Odessa Bryant; mother, Olivia Bryant; uncles Earl and Charles, aunts Lois and Jean; brother Robert Lee Bryant; sister, Patricia; and nephews Tyrone and Katrez. Curtis leaves to cherish his memories his loving wife, Nancy Bryant; his sons Durneil, Curtis Jr., and Tyriece; his daughters Shiffon and Shamona; grandsons Durneil, Gabriel, and Mykah; granddaughters Coniesha, Corinne, Chyna and London; brother Nathan; sisters Bobbi Jean and Phyllis; and a host of nieces, nephews, and friends.

Obituary Curtis T Bryant Sr. Curtis T. Bryant Sr. was born May 1, 1955, in Richmond, Virginia. He was the proud son of Olivia Bryant and had a special relationship with his grandmother, Odessa Bryant. Curtis was a product of the Richmond... View Obituary & Service Information

The family of Curtis Tyriece Bryant Sr. created this Life Tributes page to make it easy to share your memories.

Send flowers to the Bryant family.